Model and TV host has a new Regina gig

Fashion brands like Nordstrom Canada, RW&Co, and BonLook have given Michaella Shannon a platform, and she’s using it to shine a light on those often left in the dark. 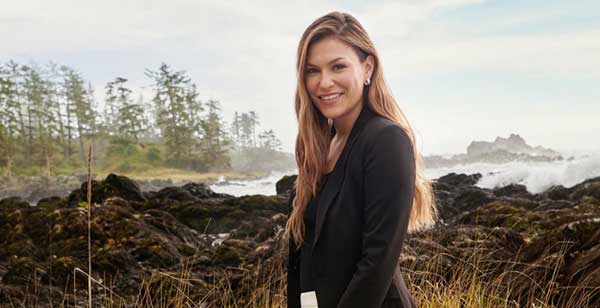 Michaella Shannon, a model and television host is taking on a new role at CTV Regina, expect to see her on television in the near future. Photo by Michalla Shannon

The model, television host, and now television producer, Shannon is a member of Frog Lake First Nation, Alberta, but spent most of her life in Saskatchewan with family ties in Cowessess First Nation. She has been a regular correspondent on CTV’s etalk and is also a brand ambassador for RW&Co.

Shannon is using her skills and knowledge about the entertainment industry to help amplify the voice of the BIPOC (Black, Indigenous, People of Colour) community.

“That’s what I want to do – to help other people get where they want to go, and make sure I’m not the last person going through these doors,” she said. “I want those doors open for other Indigenous people.”

By writing for CBC Life, hosting segments on etalk, and digging into issues on RW&Co Conversations, Shannon helps provide a voice on issues like Indigenous feminism, identity, racism, and the importance of being an ally.

In her newest gig, Shannon is working as an associate producer at CTV Regina in order to learn the mechanics of broadcast journalism. She hopes to transition to an on-camera news anchor.

“There needs to be more Indigenous representation everywhere, but specifically here in Saskatchewan. There are only two people at CTV Regina who are Indigenous, including myself,” she said.

As an associate producer, Shannon said she is gaining valuable experience learning everything it takes to put a news program together, from writing scripts to video technicalities. Naturally, she wants to use the opportunity to find stories of other Indigenous people in Saskatchewan.

As a public figure, Shannon is grateful to be able to speak freely on the issues she finds important, but said there is a downside.

Sometimes the expectation of her are heavy, but said it’s a burden worth carrying for those coming up behind her.

“Since I have this following, I know there’s people who listen to the things I say, or seek mentorship or advice,” said Shannon. “Especially the younger generations, it’s important to me to show them that anything is possible as an Indigenous person.”