In a home office with big windows and lots of space to cut cloth, Christine Marie pins material. Designing and making products for Awasis Boutique started after she shared online some of the clothes she made for her son. People wanted what she had made, but Marie was just doing what she liked.

“I had fun going out and getting some more Indigenous-based prints. It’s funny because when my son was born five years ago there was barely anything,” she said. 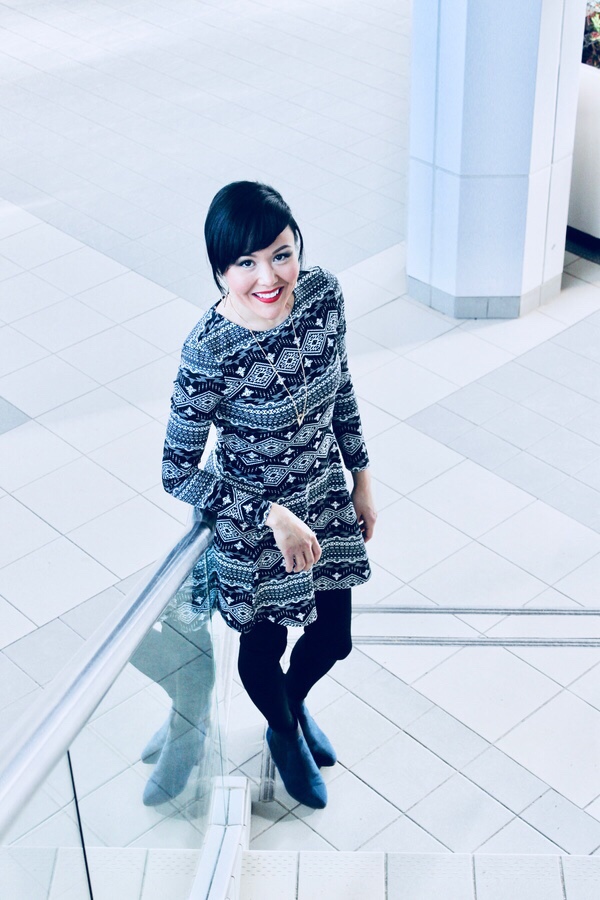 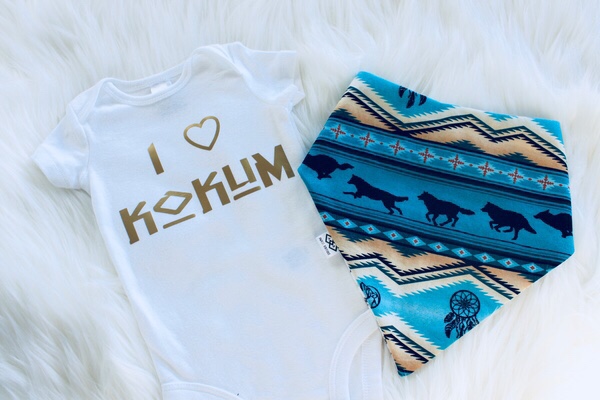 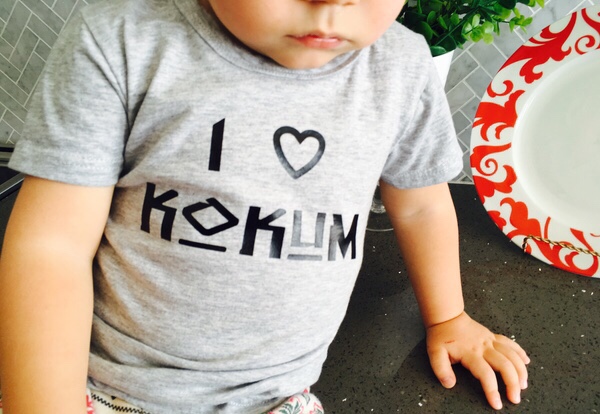 Marie said she did some digging to see if there was an Indigenous baby line out there and found there really wasn’t anything. She decided to fill that void.

Designing isn’t so far from her career as a teacher, where she majored in home economics and minored in native studies.

“I’m still teaching people … but I’m not in the classroom,” she said about the bibs and onesies with Cree writing on them.

The ongoing interest in her products allowed Marie to launch a website earlier this month, and while new, she is already getting feedback.

“Mostly people are loving the way I present the photos online. I love to hear that it’s eye catching,” Marie said.

While her focus is Indigenous-inspired baby products, she aims to have things that incorporate modern designs, she said.

“That way if somebody is coming on my site, their first instinct isn’t that this is just for one culture group, it’s ‘oh cool, there’s actually a variety of prints here that would work for anybody.’”

Her son Levi, 5, doesn’t take too much interest in his mom’s sewing, but Marie says she can’t keep her youngest Liam, 2, away. He wanders into the sewing room and wants to help, she said and laughed.

Marie said she thinks it’s a good time for Indigenous women in business because there is an interest in what she can bring to the table.

“People are paying attention, it’s like a breath of fresh air, something inspiring, something positive,” Marie said.

Seeing what others are doing in business is inspiring to her. Marie and Kendal Netmaker, founder and CEO of Neechie Gear, have known each other for years and spoke at an event together in 2012. When she decided she wanted to launch a business, she reached out to him with a few questions.

Netmaker said he receives requests for guidance often and wants to see people doing not just talking about ideas.

“I like to see people who take action and maintain it and if she does that then I’ll do my best to continue helping her.”

Marie said some of the best advice she has received is to always work hard.

“Don’t be afraid to keep learning,” she said.

“Whether or not the idea flops, because sometimes that happens, don’t just get discouraged, just try something else.”