The cost of being a post-secondary student can be expensive so NexGen Energy Ltd. has been helping northern Saskatchewan student with their education endeavors

Third year commerce student Jontae DesRoches, 25, is one of those students. He attends the Edwards School of Business at the University of Saskatchewan in Saskatoon. 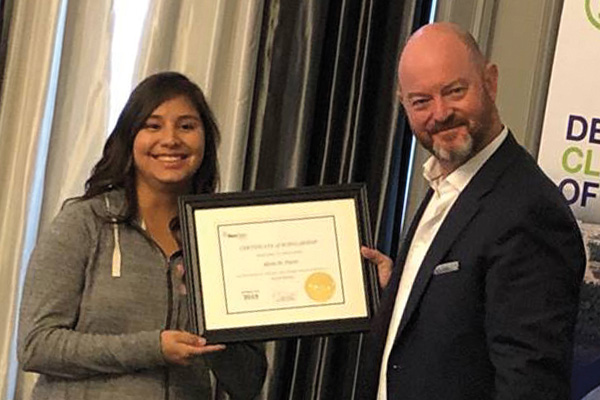 “I would 100 percent not be able to attend school this year if it wasn’t for NexGen and their financial help,” said DesRoches originally from the Clearwater Dene First Nation. “Coming from a low-income family being able to attend university is… yeah a dream. I want to make sure it becomes a reality.”

DesRoches grew up in the northern community of La Loche Sask., located approx. 600 km northwest of Saskatoon, his entire life.

“I want to show the kids from my community that we can do these jobs that we can get them.”

He is a fluent Dene speaker and is no stranger to the bush, he said having the connection to the youth helped him in his employment as a summer student and eventually the opportunity to go to attend university in the city.

“The course load is somewhat heavy considering the program. I’m taking economics and statistics classes, but I think that’s what you would expect in a business course,” said DesRoches. “But I see this challenge as an opportunity to make my dreams come true. You know it’s a stepping stone to eventually where I will be where I want to be.”

DesRoches tuition, books and living allowance for his program is covered by the bursary. NexGen Energy Ltd was founded in 2011 and is based out of Vancouver with a headquarters in Saskatoon. They have been working within the Athabasca Basin at the Arrow I mine since 2014.

This bursary is available for all northern students who are attending a post-secondary institution. Some of the current areas of study range from geology, business and even culinary school. Each being based on financial need and case by case basis giving $120,000 in bursaries for post-secondary students this year.

Over the years the NexGen Energy has been engaging with local communities, sponsoring initiatives like daily breakfast programs, summer student employment as well as sponsoring local sports teams.

“It’s all about our community focus on health, wellness, economics and education,” said Leigh Curyer, President and CEO of NexGen. “What we are doing is not charity. It’s really just helping put down avenues that they have to go down themselves, they still have to get themselves there we want to help create those avenues,” said Curyer.

It is those community engagements that is attracting local talent like third year student and new mother Alexis St Pierre, a third year Geology student, who is also a recipient. “The criteria was just perfect for me,” said St Pierre “I am from the north I wanted to help benefit my community and it takes so much of the financial weight off on me.”

Being a new mother, St Pierre wanted to stay close to home and be able to raise her child while getting her education.

“It makes it so much easier to focus and be motivated to do what I need to do,” said St Pierre. “You can tell NexGen is really engaged in making a positive impact in the community. I have learned a lot working with them from geology to administration. They have given me the chance to find out what interests me. Being a new mom it’s nice to be close to home, because that is really important to me.” 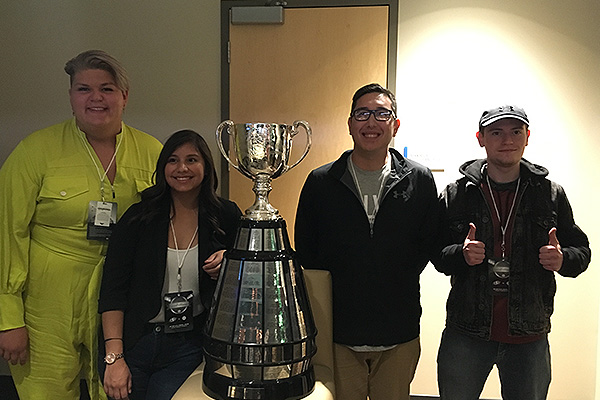