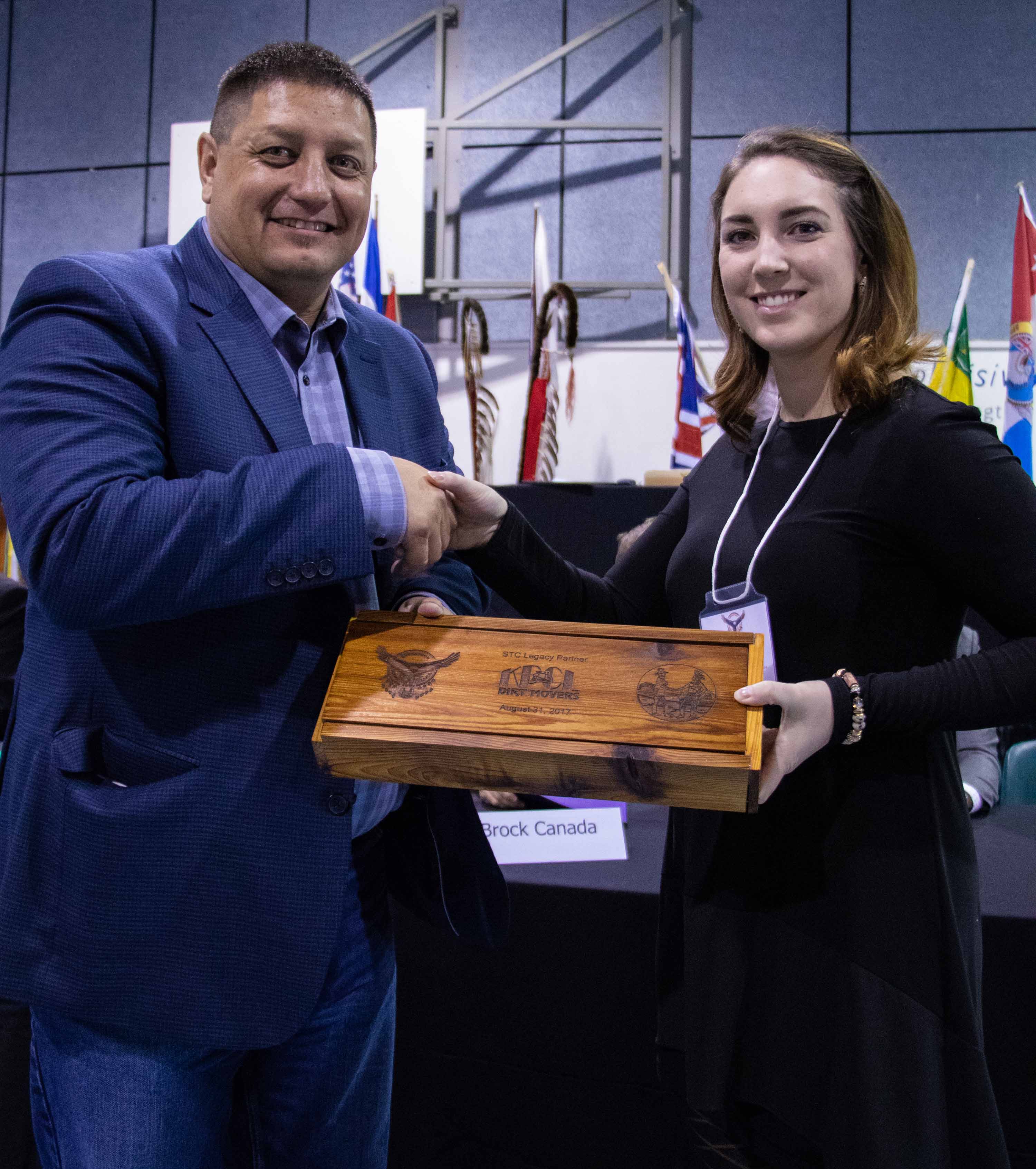 Mary Panteluk uses the principles of reconciliation to guide the policies that build the people that run Kelly Panteluk Construction (KPCL).

“To me, reconciliation is about building trust and relationships. And we use those values to define all of our diversity and inclusion initiatives,” said Panteluk, the Vice President of Human Resources for KPCL, a family owned and operated company that has been moving dirt and active in construction across Saskatchewan since 1953.

Panteluk started walking down this path when she was introduced to an Aboriginal strategy through Nutrien’s Aboriginal Content Playbook.

“We adopted some of the frameworks from the Playbook and since then we have seen huge increases in hiring, on-boarding and moving Indigenous employees through different positions,” she said.

Since implementing the policies, the company has had, at times, up to 23 per cent of its workforce being Indigenous employees. Provincially, most businesses have about 8 per cent Indigenous employment. They have also spent more than $1.7 million with Indigenous subcontractors since 2016.

“We decided to focus on employment and subcontracting. In the Playbook, there was a directory of potential partners, and that’s when we met with the Saskatoon Tribal Council. Now we are a legacy partner with them and we work closely on training programs and have hired lots of operators and labourers from their communities,” she said.

“We have also started going to events and sponsoring where we can help out. Currently we are donating to the meal program that is delivering food out of the White Buffalo Youth Lodge.”

Panteluk has lots of success stories but one that stood out was a hard-working employee from Pasqua First Nation.

“He was actually working for a third party, doing environmental work on a site we were coming to work at. When we got there, he came and asked us for a job. We didn’t really have anything, but took him on and he helped keep the site clean and did some general labour. And he stuck with us. Then a few years later, he went back to Pasqua and did more environmental work,” said Panteluk.

“Then last year he came back and now is doing survey work and getting trained in project management. He took the initiative to get trained elsewhere. But he also had that trust and relationship with us to come back and he can move in and up. We watched him grow and he really contributes to our business.”

Panteluk uses the values of trust and building relationships to be a great employer, and also as an ally using those values for reconciliation through the work place.

“This is about building Saskatchewan’s future labour force. Nutrien has been clear about the demographics and looking beyond the bottom line. This is just good business and value for communities, employees and the province. It has certainly made us a better company.”