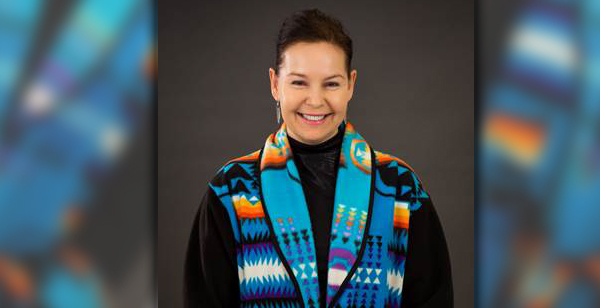 Holly Graham, a member of Thunderchild First Nation, is bringing Indigenous ways of knowing to the University of Saskatchewan nursing curriculum.

Graham, who holds a PhD and is an Assistant Professor in the College of Nursing, was recently awarded a $1.05 million Indigenous Research Chair in Nursing, which she calls Wahkohtowin (we are all related).

“With the guidance of an Indigenous Advisory Committee, the program will bring together both Indigenous and Western research paradigms, incorporating First Nation and Métis ways of knowing into the curriculum,” Graham said.

“It’s a real honour to work with knowledge keepers, to bring their knowledge into the curriculum and into academia in an authentic way where it will be respected and utilized to improve the health for all people - Indigenous and non-Indigenous.”

This Indigenous Research Chair will support and mentor Indigenous and non-Indigenous undergraduate and graduate student nurses in research that will advance reconciliation in nursing practice, education, and administration.

“Like, when a relative is hospitalized, they may have cultural items under their pillow, and it often gets thrown away because the nurse does not understand the value or cultural meaning of these items.”

Graham has worked as an RN in northern communities, as well as other healthcare environments, and is also a registered doctoral psychologist. Her research focuses on Indigneous health, mental health and wellness.

Graham has a simple answer for what drew her to a career in nursing for the past 35 years.

“It was my mother’s dream,” she said. “My mother, Celia Wapass-Clennell, was a Certified Nursing Assistant (CNA) for 23 years. She was in a residential school, and when she finished Grade 11, they just decided that she would go into nursing - but they put her in the CNA program instead of the RN program. It was always her dream that one of her daughters would become an RN, and I was the oldest.”

“Nursing has been a really good career choice for me and has positively influenced my personal path toward health and wellness - and the best part of it all, is I get to share it with my family, relatives, students, and my patients.”

She is approaching wahkohtowin with three overarching goals in mind.

“First, do no harm,” she said. “Second, create the space and opportunity for personal, community, and collective healing, and last, transform relationships between Indigenous and non-Indigenous people.”

Graham is working to infuse Indigenous worldviews into classrooms, such as the Seven Sacred Teachings and the Medicine Wheel. She describes reconciliation as a process which includes, “stretching current epistemologies, making room for Indigenous ways of knowing and being within curriculum.”

Graham said she has been looking forward to the work she will be able to do in this position.

“It’s such an opportunity to have been awarded this Chair,” she said. “There were only six Chairs awarded in Canada, and I really consider it a privilege to have this opportunity to influence nursing education and practice in Saskatchewan.”