Saskatchewan Mining Week: What’s up in the North?

To get a sense of what’s going on in the north, we talked to a few good men: Sean Willy, President and CEO of Des Nedhe Development; Greg Poelzer, Professor at the School of Environment and Sustainability at the University of Saskatchewan; and Jonathon Fonos, a entrepreneur born in Big River and raised in the Doré Lake area. 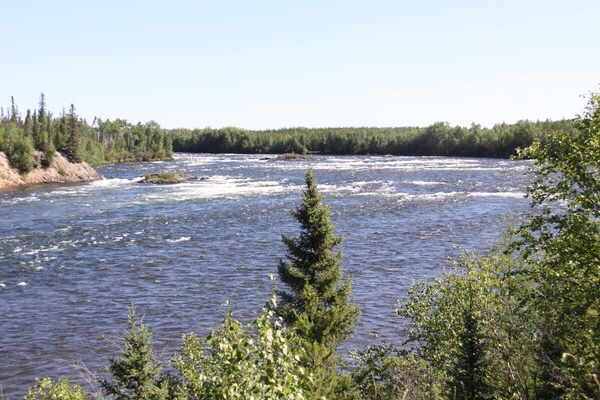 The boreal forest will be destroyed if logging continues as it is currently, warns a northern entrepreneur. Stock photo

“My dad was a commercial fisherman and trapper so I’ve been in the bush and a trapper my whole life,” explains Fonos, a commercial fisherman who sees northern Saskatchewan being in a very dark time, with the logging industry clear-cutting a lot of boreal forest in his area. “When I was younger Northern Saskatchewan was known for trapping and commercial fishing, and it supported a lot of Aboriginal and Métis people - but trappers have had their traplines decimated, the logging has gotten to a point now where it’s on such a massive scale. There’s upwards of 120 trucks coming out of our dirt road on any given day when the log haul is going on, and zero economic benefit for the people in Northern Sk.”

He notes the loggers are from elsewhere, and the companies are based in BC and Singapore, while the provincial government isn’t even charging stumpage or getting any benefits for locals or the province at all. As well, the logging has ramped up to 12 months a year, so animals get no rest or time to raise their young.

“We have the best fish in the world, the best environment, no pollution, our lakes and rivers are pristine as you can imagine, still, and I think I would like to see it stay that way.”

He hopes the government comes and consults northerners in a meaningful way about what kind of future they see and want.

“There should be a public inquiry, it’s open season on the forest up here and we’re going to absolutely destroy our boreal forest if we don’t change. The industrialized logging has gotten unbelievable. No more foresters left in this province, the logging companies’ police themselves, and we see a third of what they cut is being wasted and left smashed on the ground and what they put in a pile they’ll haul out what they call sellable and burn the rest. We get choked out from smoke every winter from the brush piles they burn, and nobody knows about it.”

He notes there are a lot more benefits to a forest than logging, including the amount of oxygen produced in mass quantities for the country and world.

“They plan on logging right up to our community boundaries, right up to 30 metres behind our community hall, and there’s nothing we can do about that. Why are we stripping northern Sk and what are we getting for it? In Lloydminster you see beautiful paved highways and good paying jobs. Here you have nothing. First Nations and Métis still don’t have a job, we have nothing, why are we watching them completely destroy our surroundings — we can’t even get firewood, there’s no forest left for wood, let alone for hunting and trapping.”

As far as mining, Sean Willy notes that since the uranium market hasn’t recovered from the Japanese earthquakes of 2011, there’s still a high inventory of raw uranium on the market.

“We’re not holding our breath for the uranium market,” says Willy, but he says northern SK has some of the more progressive economic development corporations because it’s the birthplace of Indigenous Economic Development. “We’ve been around, so we can diversify. The companies that have been created, we’re taking what we’ve learned and working with other Indigenous organizations around the country.”

Willy says there is exploration work going on, and there are goldmines by Lac La Ronge, but some northern exploration is still a few years from construction.

“In general, everyone has to be prudent with their business decisions, the uranium is at least 3 years from coming back, so we need to diversify into new markets. It’s taking those Indigenous communities and what we’ve learned the past 30 years and sharing that with other Indigenous communities that want to get involved, building nation-to-nation partnerships,” Willy suggests. “We’re businesses so we have to adjust, we always knew it was a finite resource. Indigenous businesses need to plan for the future in terms of diversification, markets do change.”

One example of northern diversification is Des Nedhe’s partnership in retail cannabis outlets in Warman, North Battleford and Yorkton.

Poelzer thinks that the climate change announcement federally is going to start creating a shift.

“There are increasing opportunities with smaller scale renewable energy,” notes Poelzer. “One of the big opportunities is hydro and biomass energy. Biomass is basically using biomaterials, so in a boreal forest it’s trees, for your fuel stock versus coal or propane.”

Because northern SK has no natural gas pipeline, heating costs are high and a power bill can be $800/month instead of $150/month in the south.

“So if you had biomass where you had combined heat and power, you can produce heat from it to heat things like schools and other public buildings and produce electricity locally, and employ local people,” explains Poelzer. “If you can produce heat and electricity locally, you don’t have to ship in propane or diesel, and then you’re employing people, so Lac La Ronge has done some modelling and you could have 7 people harvesting trees in a sustainable way fulltime. It’s an amazing opportunity if we’re bold enough.”