Ahtahkakoop woman’s dreams and determination took her around the world 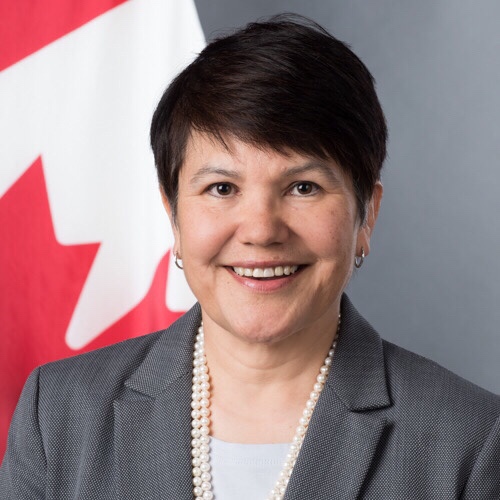 Upon completing a Master’s Degree in Law, Deborah Chatsis would go on to work the Ambassador or Director to different countries throughout the years. Photo courtesy of D. Chatsis.

Deborah Chatsis grew up in Prince Albert, but she never thought her wanderlust which started as a child, would lead her to the life and career she was destined to have.

“(In the late ‘50s) my father was in the army. Both he and my mother lived in Germany when he was posted there so they traveled a lot in Europe,” said Chatsis, a member of Ahtahkakoop First Nation. “When I was growing up, I’d see lots of pictures of them traveling and with all his souvenirs and hear about their adventures. So, I just grew up hearing all these stories and I was interested in seeing other parts of the world as well.”

She graduated from the University of Saskatchewan with a Bachelor’s Degree of Science in Mechanical Engineering and a Bachelor of Laws. Afterwards, she pursued a Master of Laws degree from the University of Ottawa in which she specialized in international law. After taking a break to work Chatsis went on to Harvard University, John F. Kennedy School of Government to get a Master in Public Administration.

“I wanted to work overseas,” said Chatsis. “So, after I finished law school and did my BAR admission … I heard about the Foreign Service Exam that was being held so I wrote the exam and I passed the exam and the interviews…I was given a job with what is now Global Affairs Canada as a Foreign Service Officer, so I started in that job almost 30 years ago and over the years with just experience or seniority I got different jobs.”

Although she had great careers, she is surprised life took her in this direction as she did not know much about this field until university.

Chatsis has one piece of advice for young women, to simply take a chance.

“Take a chance and put your name in because I think sometimes, we doubt ourselves and think our application isn’t going to be very strong…sometimes you just need to take a chance and apply for things,” she said.