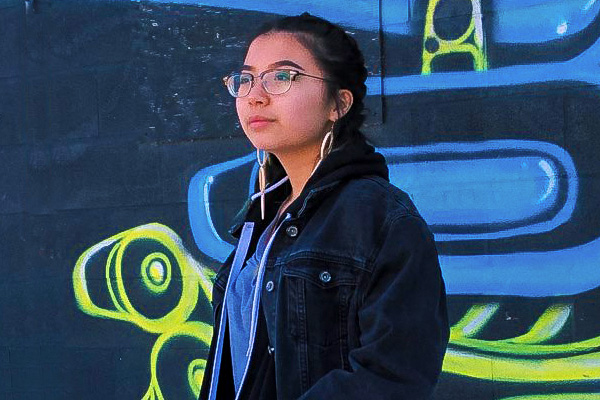 Olivia Maurice believes more needs to be done to address the issue of a decrease in Indigenous graduation rates in Saskatchewan. Photo submitted by Olivia Maurice.

A grade 12 student at E.D. Feehan High School under the Greater Saskatoon Catholic School Division thinks more needs to be done to help increase the Indigenous graduation rates in Saskatchewan.

Olivia Maurice said this is an issue that needs to be addressed on figuring out ways to increase graduation rates.

“I find that it’s really hard [to graduate] especially in the city,” she said. “I find that it’s so normalized to skip school or party on the weekends and it’s very easy for Indigenous youth to fall into that category. There’s so much stigma around it.”

Maurice grew up around addictions and is doing everything in her power to break the cycle. She was recently announced as one of the Provincial Youth Council members to represent all the schools under her school division. Maurice is a budding community leader who strives to help in every way possible. She has a lot of community involvement and was nominated for several awards. As she takes on this new role, she voices what she thinks is needed to help increase Indigenous grad rates.

“I think if we inspire other Indigenous youth to see that the world isn’t against us, we need to put our foot down,” Maurice said. “To get Indigenous people the supports they need [such as] addictions and trauma, I think the graduation rates would really increase. I think culturally-based learning and including that in Indigenous youth would feel like they have a place to succeed.”

“We are calling on both levels of Government to immediately address the funding gaps that exist in the education system.  We must fix these issues now so that every First Nations child gets to graduate,” said FSIN Chief Bobby Cameron in a media release. “First Nations people have an Inherent and Treaty Right to education and our First Nations graduation rates are a clear indication that our students are not receiving the supports and proper funding they need to be successful.”

FSIN Vice-Chief David Pratt added that First Nations students continue to face barriers and obstacles that prevent them from reaching their full potential in school.

“Government has to step up to the plate and ensure the proper support systems are in place to significantly increase First Nations graduation rates,” he stated. “Our children are our most precious resource and they need more support. We must work together on finding solutions for better educational outcomes and also encourage our youth to continue their education into post-secondary and the trades.”

“Government has committed to improving graduation rates for Indigenous students, but the plan isn’t working,” said Patrick Maze, President of the STF. “It is unacceptable that the education gap remains so large. It’s time to do more.”