Chase the Ace jackpot for school equipment continues to grow

A school from the Red Pheasant First Nation is raising money for a new playground and possibly a school van. The initiative is a youth driven project guided by a few community members. The Clifford Wuttunee School (CWS) has been fundraising since last spring through the Chase The Ace fundraising initiative which is regulated by the Indigenous Gaming Regulators (IGR).

“Last February, we were working bingos but we weren’t making much on it,” said social worker Nathan Arias who is one of the fundraiser organizers. “I thought to myself that there has to be something better than this.” 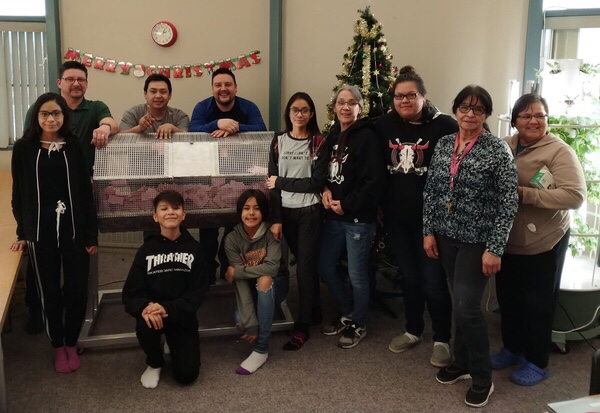 One day, Arias heard of the Chase The Ace fundraiser through a video post. He was amazed with how much one community in the Canadian east coast have raised in the past. The idea sparked to introduce this fundraiser to the CWS.

“I brought [the idea] to my principal Lionel Pillar and he said ‘yeah, let’s give it a shot’,” said Arias. “We started the draw in late April .”

“At the beginning, we set out for $20,000. That was our goal,” said Arias. “By this Thursday, we should be at $72,000-$75,000 depending on how many tickets we sell. We have allocated $50,000 of that money is going towards our new playground. We are above of what we thought we’d raise. So, now we’re taking out the other side of the playground and replacing it. Now, we are very close at buying a brand-new van for the school.”

To play the game, a person can purchase tickets with any of the organizers or through the Chase The Ace CWS Facebook page where instructions on how to send money electronically is shared. The weekly draw takes place every Thursday at 1pm through their Facebook page’s live videos. The purchased tickets are put in a barrel and the weekly draw is made with youth spearheading the weekly announcement. The winner is called and has exactly one hour to make it to the CWS location to try their luck at winning the jackpot by locating the ace card. If the person lives out of town and cannot make it to the location, there are five proxies available. If the contestant is unsuccessful, he or she still wins a weekly cash prize averaging $2,500. Part of the rules of the game is contestants must be from Saskatchewan and over 18 years old to play. Once the ace is found, that is the end of the contest.

“I believe we are the biggest Chase The Ace progressive jackpot right now in Saskatchewan,” he said. “Chase The Ace has been very beneficial and a blessing in a disguise.”