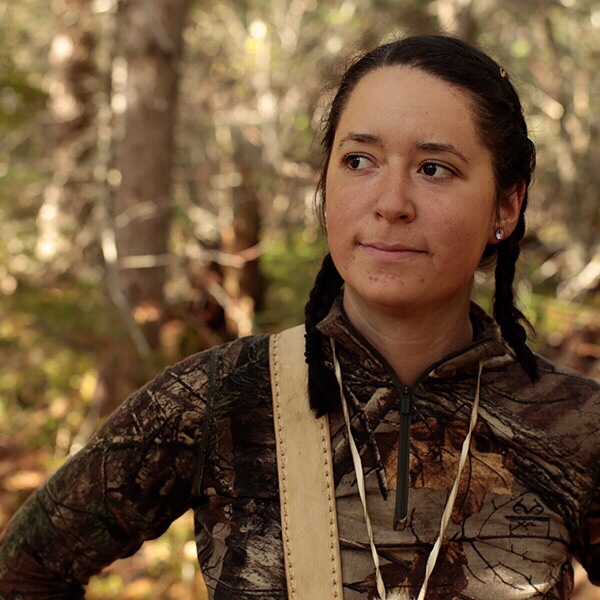 A new APTN documentary series follows the teaching, struggles and self-discovery of six Indigenous youth on a 25-day canoe adventure across the traditional territory of the Oji-Cree in northern Ontario. The series called ‘Merchants of the Wild’ premiered in February and is shown on the APTN channel. Saskatchewan’s own Michela Carriére from northern Saskatchewan was picked to live out in the wilderness and learned how to survive with only the clothes on their backs.

“They threw us out into the woods and we had to learn how to survive off the land using only simple tools,” said Carriére. “We didn’t have any modern conveniences, modern shelters and no guns for hunting.”

Everyday out in the wilderness, different elders from the community met with them to teach different skills and gifted them with tools such as hand-crafted birch bark canoes. They had to learn how to paddle the canoe and how to patch to fix the canoes. The canoes were also used for shelter for the first few nights.

“It was a big learning experience for all of us,” she said. “It was really roughing it out there.”

Carriére and the rest of the recipients were filmed during this journey back in October 2017. This experience had inspired Carriére’s current business called Aski Holistic Adventures, which celebrated its first successful year in business in February.

According to a statement, Aski Holistic Adventures is located on the Saskatchewan River Delta, 55 km northwest of Cumberland House. The company offers remote, nature-based tourism experiences that embrace holistic living, herbal medicine and eco-therapy. Carriére is an experienced outdoor guide and herbalist, and she is a certified Wilderness First Responder and Horticulturist working alongside her family’s outfitting business, Big Eddy Lodge

In her first year of operation, Carriére has introduced guests to the wonders of the Saskatchewan River Delta, the largest inland river delta in North America. A four-season operation, Aski Holistic Adventures offers a selection of experiences, including guided canoe journeys, customized tours and retreats that connect visitors with the healing powers of nature and the northern forest.

In October 2018, Aski Holistic Adventures was presented with the Saskatchewan Indigenous Experience Award – Outdoor at the Indigenous Tourism Awards celebration, which was a highlight of the International Indigenous Tourism Conference that was hosted in Saskatoon. 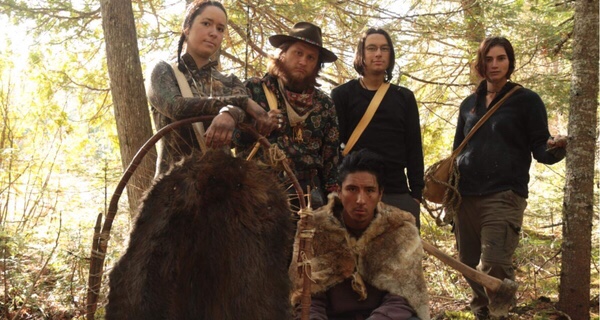 Michela Carriére (left) with other participants in the Merchants of the Wild APTN series. Photo credit APTN

Her successful business wouldn’t have happened without the unforgettable experience and skills she gained from ‘Merchants of the Wild’.

“Just want to emphasize…when you are watching the series, we seem zombie like sometimes we were operating with very little food,” she said. “Imagine one handful [of food] a day, while working physically hard. Some days, [there was] no food at all, it was survival. Most nights around the tipi we would talk about food for hours! It made us appreciate our lives very much, and also appreciate how hard our ancestors had to work to live. Very cool experience.”

Information about the series is available at www.merchantsofthewild.com.