Think of your favourite artist – be they a painter, writer, or composer. More than likely, that artist had to overcome considerable obstacles before achieving any amount of greatness. Such is certainly the case for painter and visual artist Torrie Ironstar. 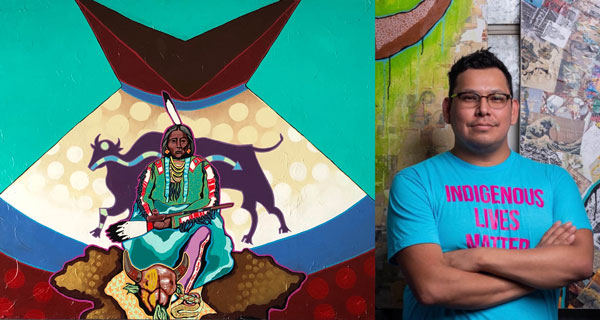 Torrie Ironstar and his art

Ironstar, from Carry the Kettle Nakoda First Nation, was born deaf, and hasn’t spoken a word during his 33 years on earth. But it is through his vibrant, culturally influenced art that he expresses himself most emphatically.

“My art is about colours, patterns, and textures. Like playing with your senses and letting colour define your emotions, feeling the textures, and listening to the story through the patterns,” Ironstar told Eagle Feather News via an email interview.

“Most of my paintings have their own stories. They have different perspectives by the people who see it and let their emotions dance with the vibes and find stories in the paintings.”

Ironstar wasn’t always communicating so passionately through art. Growing up in Regina, he said one of his major obstacles was finding appropriate services to accommodate his needs, often having to rely on family or friends to interpret for him. He also said society often equates being deaf with being “dumb” - having that stigma follow him around for much of his life.

But beginning in Grade 11, he began to paint. By the end of high school, he embraced art as his personal outlet.

“I started to realize that I’m an artist, and am able to create art with everything around me,” he said.

Much of Ironstar’s art depicts Indigenous portraits, which he says is mainly inspired by old pictures or books. But the portraits are infused with Ironstar’s touch – radiant colours, mixed media collages, geometric shapes.

It’s a way of re-connecting with his culture, he said.

“It’s important for me to re-learn my culture that was forced out of the way when I was forced to learn deafness first,” he said. “I’m basically reclaiming my culture through art, it’s teaching me and teaching everyone, too.”

Ironstar has also created “Justice for Colten Boushie” and “Justice for Tina Fontaine” t-shirts, the partial proceeds of which going to the affected families.

“I wanted to help after seeing those innocent Indigenous youth being killed, and the people who killed them walking away with cheering from the people who hate us. I wanted to raise awareness to help those people who lost their family members,” he said.

One of the biggest challenges remains being recognized for his art, said Ironstar.

Grants or funding are difficult to come by, as he has no formal artistic training. Jobs can also be difficult to acquire, due to those stigmas about deaf people.

But Ironstar remains passionately focused on his art and encouraging others to overcome their obstacles through art.

“Art is our form of expression from the subconscious and the spirit. It can impact anyone who sees your art,” he said. “There’s no bad or wrong or poor in art. Art is art.” 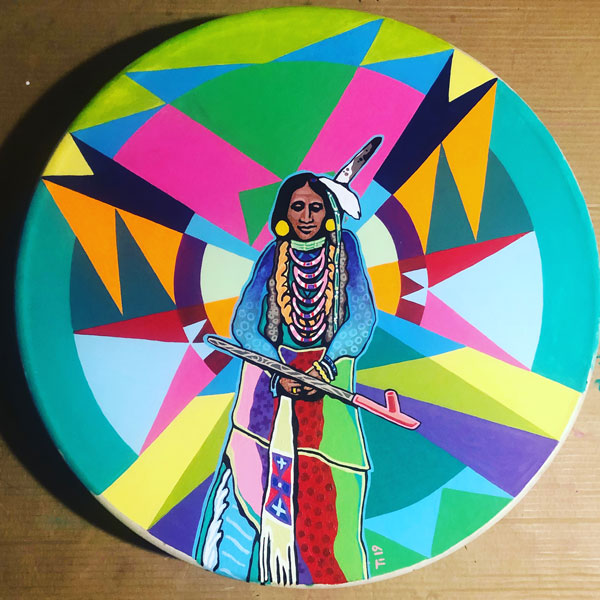