Entrepreneurs teach business and the arts 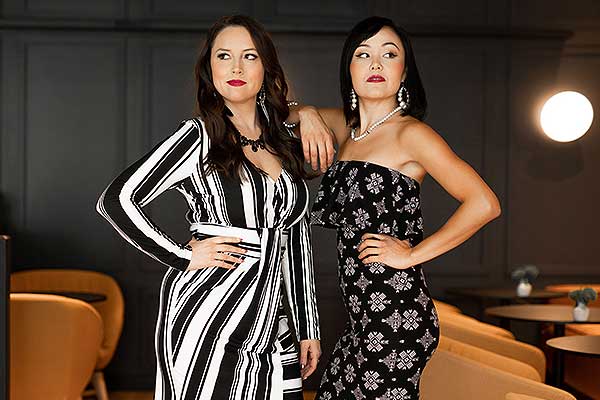 Kimberly Parent of Saskatoon Salsa and Christine Marie of Awasis Boutique have joined forces to create “ayishiinoo” - a Michif word meaning Indigenous - to mentor and inspire other entrepreneurs in the Indigenous community.

“It’s more an extension of both our businesses, a partnership. We are offering various workshops and speaking engagements to communities. We talk about business but also artistic workshops because we’re both in the arts. So, I offer dance workshops and Christine offers sewing and fashion workshops,” Parent said.

While they are geared towards Indigenous business owners, anyone can benefit, she said.

Since August of 2019 the two have built a website, shared visions, and created workshops. They want to inspire people to go into business or grow their current business, and help them access tools, information and supports that already exist. Their finance and resource workshops draw on supports available from Women Entrepreneurs of Saskatchewan, SMEDCO, Clarence Campeau and other support organizations. They address mindset, sustaining business, community and collaboration.

“We both have a strong belief that we’re better together and it’s always better to work in community rather than in competition.”

They also offer fun workshops incorporating business with dance and sewing workshops. They also do speaking engagements on entrepreneurship, parenting and the healing effects of the arts.

Marie used to do many speaking engagements before having her kids: to youth, reserves, and treatment centres about the unique challenges and experiences of being Indigenous, such as being the first to graduate from post-secondary in her family.

“I took time off when I knew I was ready to have a family, any parent knows that’s a big change and I was able to stay home with them for five years, but I knew I’d get back out there eventually and bring positivity to people’s lives,” Marie said.

They want to get out into communities and share their knowledge and enthusiasm to help others turn interests and passions into businesses.

“If someone wants to start sewing, I can teach them basic sewing projects, something they can do in their home that doesn’t cost tons of money. It’s an outlet too,” said Christine.

She also notes that being a woman and having the opportunity to share is huge because there are generally far more male speakers, and Indigenous women can help be that light and inspiration to others too.

“When you grow up not seeing people that look like you being role models, when someone asked me who my role models were, I had to stop and think and I didn’t know,” said Christine, adding that it’s important to create opportunities for the younger generation to have those Indigenous female role models.

“The biggest thing for me is just to show up authentically for others, to bring a positive impact. Ultimately that’s what it boils down to. Connecting with people, because you have to relate. Being Indigenous women, there’s an instant connection right there.”