Although a flag may not seem like a big deal to some, at times it can be an important symbol that brings people together.

The flag raising ceremony on June 4th at the mâmawêyatitân centre was to signify the relationship between the Centre and Regina Exhibition Association Limited (REAL).

“We are raising two flags, the Treaty 4 flag and Métis flag. But really the big part is about the partnership and relationship between Regina Exhibition Association Limited and mâmawêyatitân centre,” said Sandra Bellegarde, Integration Coordinator, at the Centre. 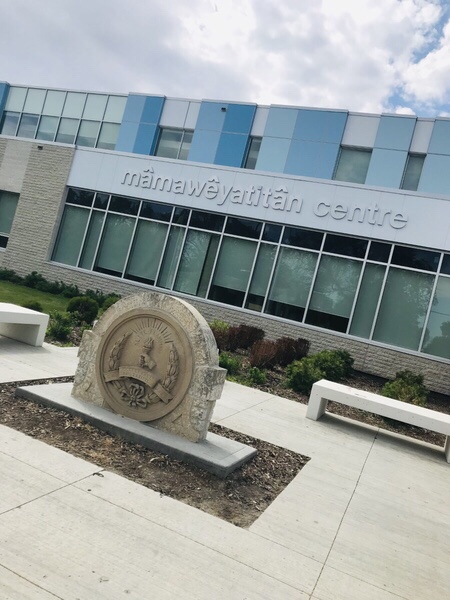 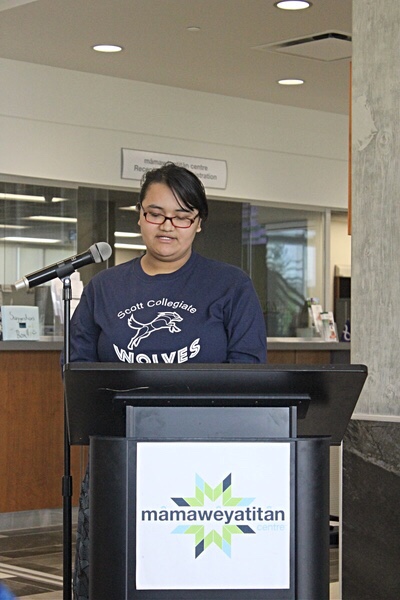 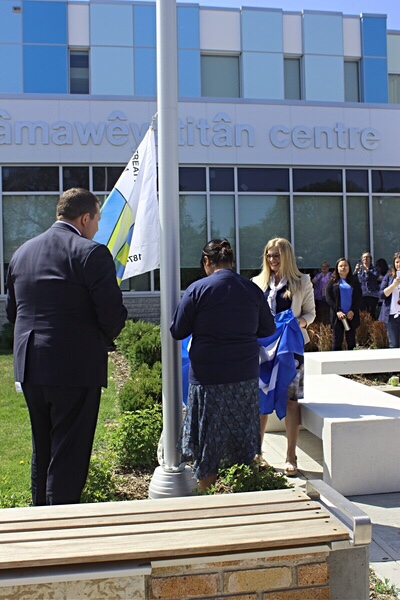 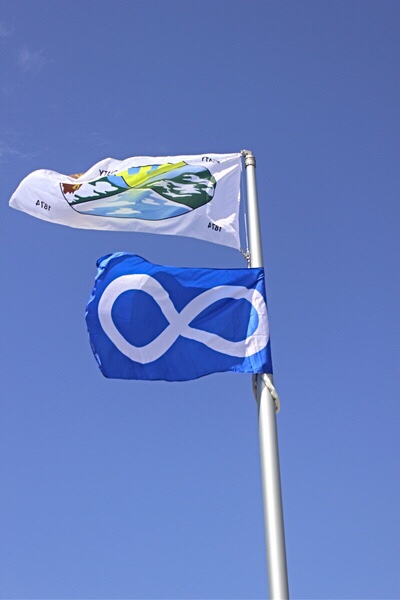 This partnership started in fall 2018 when Evraz Place and REAL hosted a community engagement session at the Centre to find out in the future what people would like to have at Evraz Place.

In December 2018 the Centre approached REAL with the idea of having the Treaty 4 and Métis flag fly outside the Centre.

“This is a great moment for our city, for North Central, for reconciliation,” said Mayor Michael Fougere.

“REAL has for many years hired Indigenous people to work, but this is a more targeted effort to say look we have food services and career opportunities for you and bring them in that way,” said Fougere.

“What we are doing here at the mâmawêyatitân centre says we are working more with the community…I am very proud of REAL and what they have done to take this initiative on, and the school board as well as the city to fund the flag pole. So, more symbolically it’s about reconciliation.”

Olivia Isnana, a grade 11 student at Scott Collegiate, got to help raise the flag in the day’s ceremony.

Her love for cooking and baking started at a young age, helping her grandma in the kitchen and helping her mom when she was hired to cater things.

Isnana transferred to Scott Collegiate since their food studies program offered classes she would need to get into culinary school.

“As a kid, I wanted to be a chef or a pastry chef for the longest time,” said Isnana. “Going to a place like Evraz to see their kitchen and chef and how we might have an opportunity to work there, it meant a lot to me because my grandma taught me how to cook but she is no longer here.”

Since she was not only in the program but also toured the Evraz Place Kitchen and met their chefs, her principal asked if she would partake in the ceremony.

Although she was nervous to participate Isnana was excited to be part of the ceremony.

“Even though most students don’t get this opportunity, I got an opportunity to do something really important like raising the flags that are important to this land. I got to help instead of just sitting back and watching,” she said.

The cost of the flag pole will be shared between REAL and owners of the centre (Regina Public Schools, City of Regina and the Regina Public Library).