Richard Missens, the Chair of the FNUniv Spring Pow-wow Committee, said this year’s event was bigger than any other pow-wow they’ve ever had.

“Over the 40 years, the event has grown. We no longer the pow-wow at the campus anymore; we have to hold it in a facility like this at the Brandt Centre,” he said. “It’s one of the longest running pow-wows in Saskatchewan and it’s probably the biggest in Canada now. It’s really grown each year. This year, we’ve had more registered dancers than we’ve ever had.” 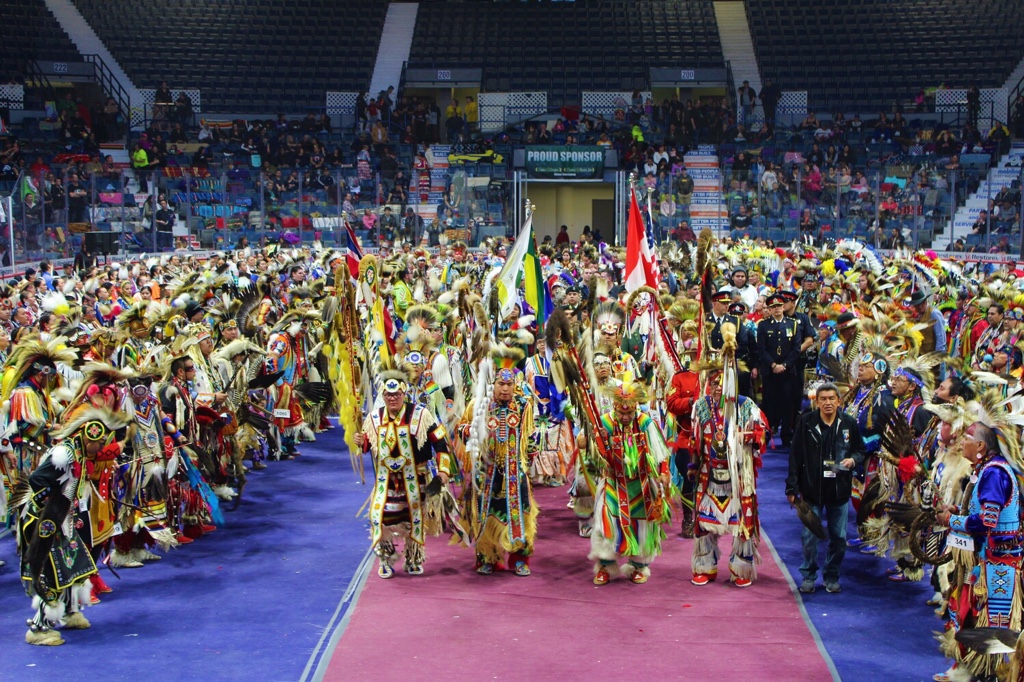 Missens said there was over 800 registered dancers, 19 drum groups, 47 tradeshow booths and 240 volunteers who participated in 40th anniversary pow-wow. It isn’t known what the number of spectators is for this year but Missens said every year averages from 7,500 to 8,000 people.

Check out more photos from this year’s powwow in our Photo Gallery.

This year’s event was unique as the pow-wow committee honoured all FNUniv students, past and present in the last forty years. FNUniv alumni were invited to walk in the four grand entries according to designated decades the students attended the institution. Another important aspect of this year’s event was the creation of a magazine put together by Shannon Avison, head of the Indian Communication Arts (INCA) program. She brought along various writers who wrote stories of the annual pow-wow evolving over the years, taking a look at the course and projects at the FNUniv. 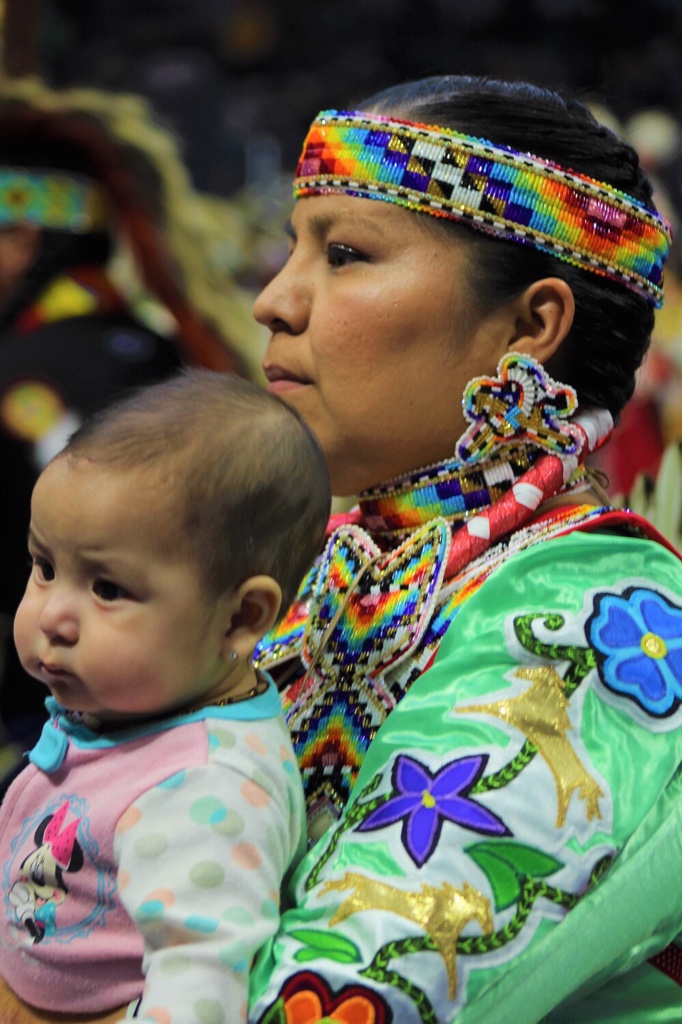 The powwow has attracted young and young-at-heart for 40 years now.

Another unique area from this year’s pow-wow is the Miss FNUniv Princess Pageant which is a contest that is held every year. Jessie Kaiswatum handed down her crown to the newly crowned princess Britney Oakes from Nekaneet First Nation. Oakes, 23, won this year’s competition.

“I’m very excited and I’m now realizing how big of a responsibility it is to carry this title,” said Oakes, who has been preparing herself for the pageant for a few months.

Her duties consist of representing the FNUniv as an ambassador and a mentor on the pow-wow trail throughout the year. The traditional dancer is a second-year FNUniv student enrolled in the elementary education program. She plans on proudly representing the one of a kind Indigenous educational institution in the pow-wow circles. Her message to younger women who want the chance to win the title of Miss FNUniv Princess is to work hard at obtaining an education and not to lose focus on your culture. 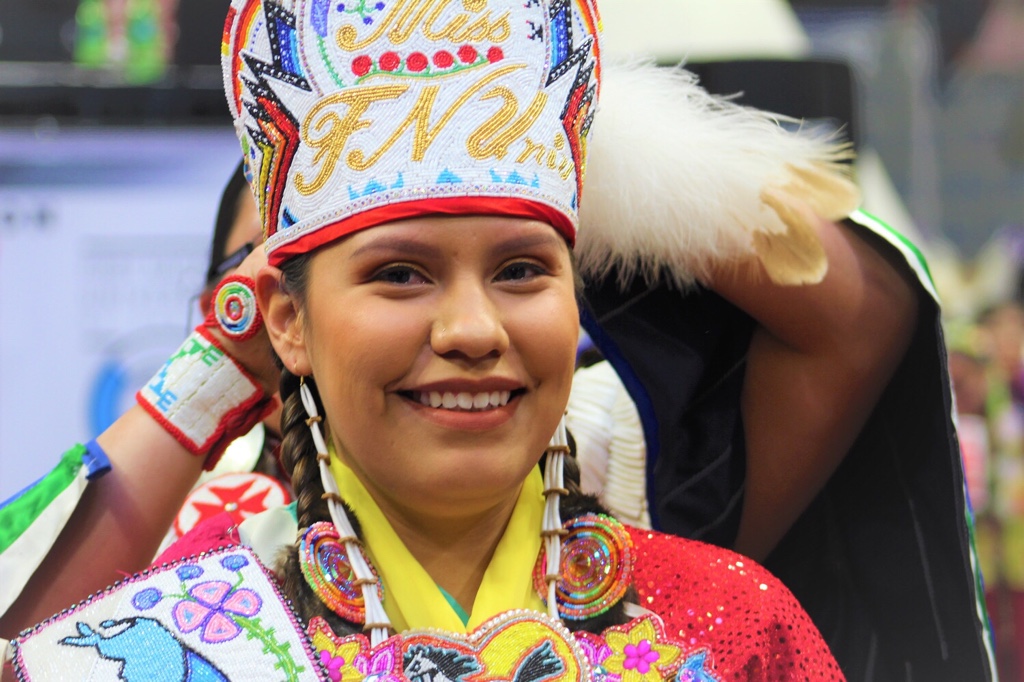 “Keep up with your education and finish high school,” she said. “Education is important but also learning your culture, your language, your roots and who your family is. That’s all important.”