The end of grade 12 is an exciting time. It means the end of high school and a life full of possibilities for those graduating and moving on with their life. 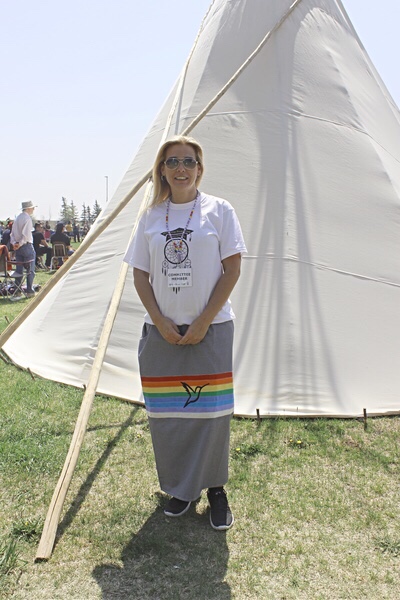 Reila Bird, the First Nations and Metis education coordinator for Prairie Valley School Division, believes this event is a good way to bring people together and send the years graduates off in a good way. Photo by Kaitlynn Nordal

“Today is a day to honor graduates from Treaty Four Territory. It’s a celebration where they can come together with their family friends and community members and be proud of what they have accomplished,” said Reila Bird, the First Nations and Metis education coordinator for Prairie Valley School Division. “It’s to celebrate their academic achievements and to send them off in a good way after they graduate whether it’s to post-secondary, the work force, or whatever they choose to do.”

“My hope is that the Indigenous graduates that come here today feel a sense of accomplishment in their academic success and they feel honored and proud of who they are in their First Nations identity,” said Bird. “I really wanted to send them off in a good way for the future on their journey and know they are supported by many of us from the school divisions and the community.”

Alysha Pashe, a graduate from O’Neil Catholic High school, participated in the day’s events as a dancer.

Pashe has been dancing for roughly four years now after signing up for a program with her sister that would teach them.

She decided to dance in this year’s pow wow as a way to represent her school. 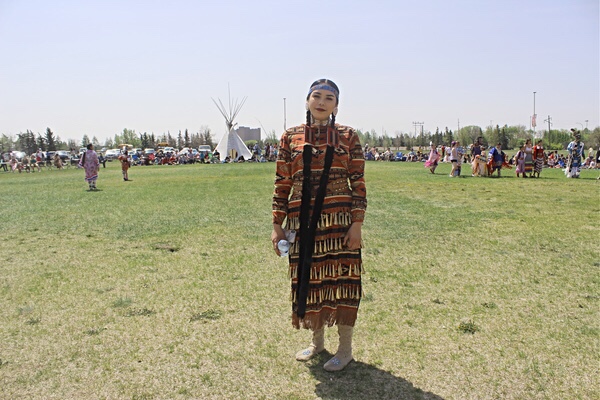 “I danced here a couple years ago and thought it would be cool. I’m pretty much the only one who dances pow wow from my school,” she said.

Pashe thinks having something like this every year is a good way to bring people together who might otherwise never have met.

“I think it’s pretty cool. I think it’s good that so many schools come together and pow wow. It doesn’t happen that much in Saskatchewan different schools coming together in celebration of the graduates,” she said.

Laura Downey, a graduate from St. Luke School in Regina, had never been to a pow wow until then.

“It’s so beautiful, all of the ceremonial regalia,” she said. “I didn’t realize there was so many people that were aware of this because I had never heard of this before.”

“I think it’s important to be more aware and more culturally aware of what’s going on around Regina,” Downey said. “It’s nice seeing younger children here too experiencing it and really enjoying the pow wow and all the music and all the other things that are going on.”

Downey hopes to attend more events like this in the future once she has officially started at the First Nations University of Canada to study Indigenous social work.