It’s that time of the year again where Eagle Feather News was on the hunt for photos for the graduation photo contest. This year’s entries were outstanding and record-breaking. It was difficult to decide the Top 3 winners but here they are.

Landing in first place is Shauntel Lemaigre, a 17-year-old high school graduate from La Loche in northern Saskatchewan. Lemaigre has turned tragedy into motivation. Lemaigre lost her cousin and best friend Madison Janvier to cancer when the girls were only eight years old.

“We did everything together,” said Lemaigre. “And so when she wasn’t here anymore, I had to find a way to grieve and to cope.” 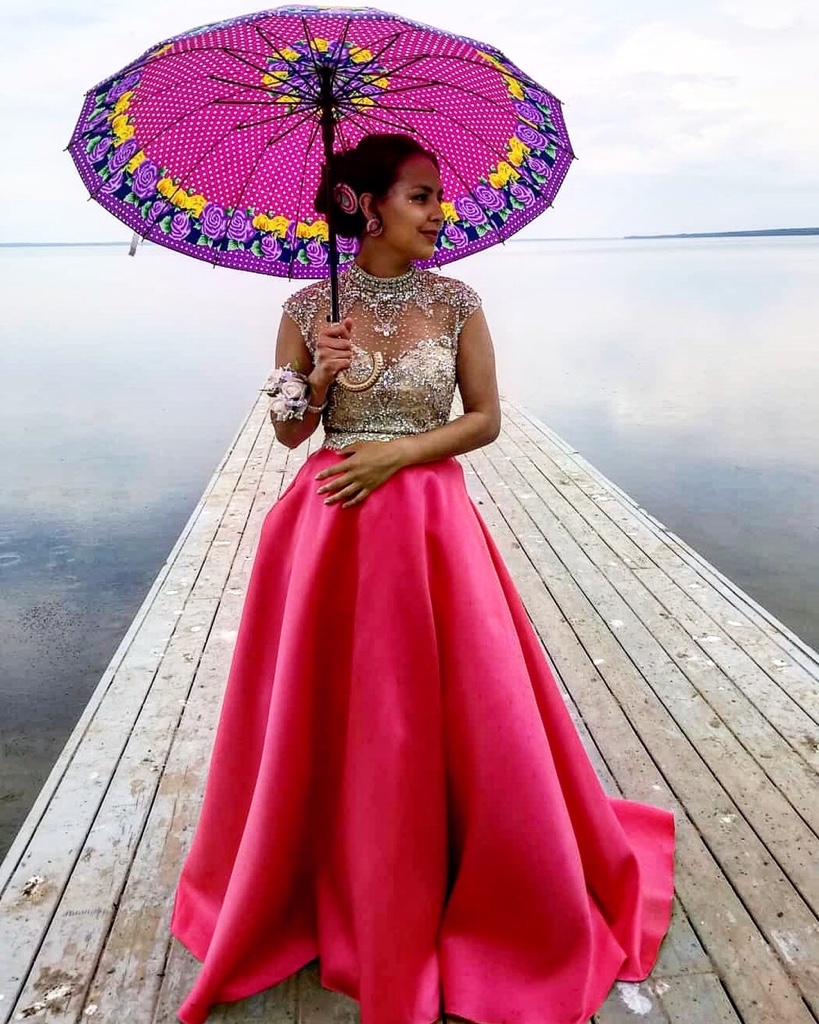 First place: Shauntel Lemaigre, a 17-year-old high school graduate from La Loche, SK. will be entering the Saskatchewan Polytechnic in Saskatoon to become a paramedic in the fall.

She wanted to do something to tribute her cousin and add perspective to appreciating life and those around you. During graduation, Lemaigre shared a speech in which she shared the story of Janvier who would have been sitting there to celebrate.

“I wanted (my fellow classmates) to learn not to take life for granted. She was supposed to be there, graduating with us. Because she wasn’t, I believed I should honour her,” she said.

When she was informed of winning first place in the grad photo contest, she was in shock and couldn’t believe it.

“It felt pretty cool because I won anything before,” said Lemaigre. “It was a great opportunity.”

She hopes other youth can follow suit and be inspired to finish high school.

“Push past your limits even if you don’t believe in yourself,” she said.

This fall, she plans to attend Saskatchewan Polytechnic to become a paramedic - a testament to the value she continues to put into every human life.

In second place, Dezaray Wapass from the Big River First Nation said receiving her high school diploma was the biggest achievement in her life.

“It felt so amazing. It felt like it wasn’t real it went by so fast,” she said. 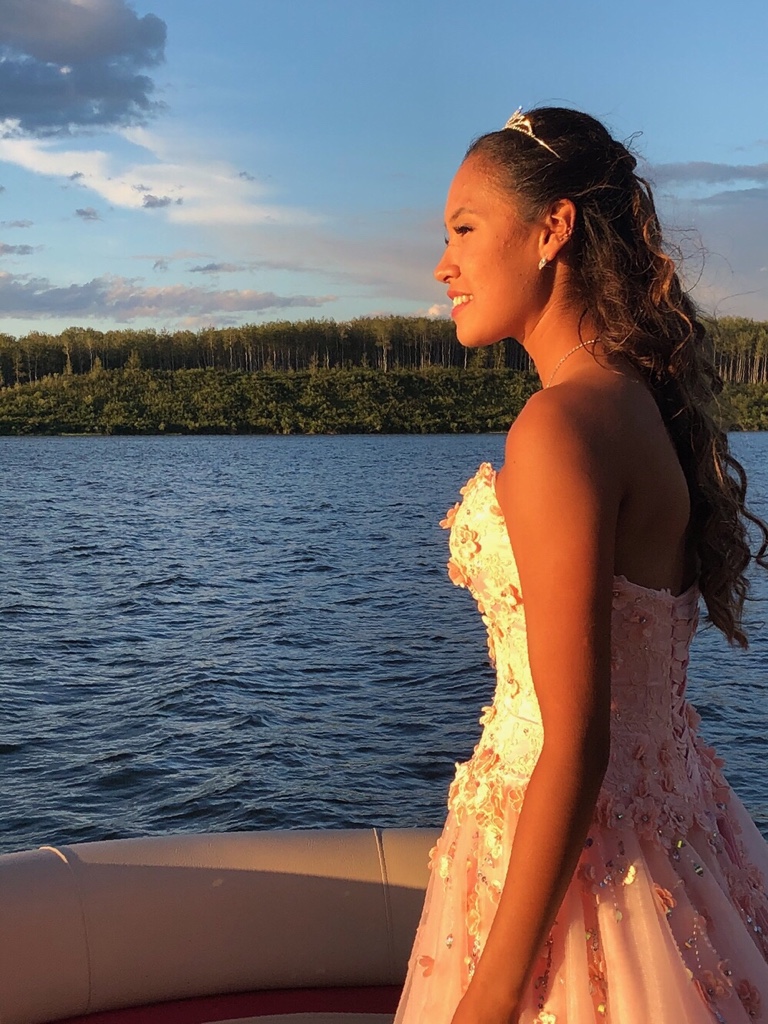 In second place, Dezaray Wapass from the Big River First Nation was accepted into the University of Saskatchewan in the fall and plans on trying out for the university’s Huskies Team.

The 19-year-old was also in the Prince Albert Athletics Track Club and she found it difficult at times to balance a sport she loves and concentrating on her studies with school. But she pushed herself to the finish line and the victory was something magical for Wapass.

“I had no other choice but to stay up late after practices and get my homework done,” she said. “That was my biggest challenge was to balance school and my athletic life.”

Her message to the youth is to never give up on what seems impossible.

“You can hand in your work still if you’re really dedicated to it,” she said. “Get your mind set and focused on whatever is most important – which is school and homework.”

Wapass was accepted to the University of Saskatchewan for the upcoming Fall semester and plans on trying out for the university’s Huskies Team.

Lastly, Hunter Boyer from the Peter Ballantyne Cree Nation placed third in the contest. The 18-year-old completed Grade 12 from Ecole St. Mary High School in Prince Albert. Boyer said it was an unforgettable moment after he received his diploma.

“I had lots of butterflies in my stomach,” he said. “It was pretty cool to see all my family and my friends being there for me on my special day. It was really exciting!”

Third place: Hunter Boyer from the Peter Ballantyne Cree Nation is advancing his football career by playing junior football in Nanaimo, B.C. with hopes to make it into a university team someday and pursue an education to become a high school teacher.

Boyer encountered troubles at the start of the school year keeping his marks up but with continuous encouragement from his teachers, he successfully handed in all his required assignments.

Boyer balanced football and his studies but he owes his success to the words from his football coach, Danny Earl – who not only coached him in the sport but to work hard in school.

“He always pushed me to be the best that I can be,” said Boyer. “He made sure I was always doing good in school and that it was my main priority.”

Boyer will be further advancing his football career by playing junior football with the VI Raiders in Nanaimo, B.C. with his first game at the beginning of August. He hopes to make it into a university team someday and pursue an education to become a high school teacher.

It wasn’t easy for him to get to where he’s at now. He struggled balancing his studies and playing football.

“We were on the field every single day right after school…and we had games on Thursdays and Fridays. The only time we had to do homework was on the weekend,” he said. “Juggling five classes of homework on a weekend was really hard and it dropped my grades but my teachers helped me bounce back to get my grades back up.

“It gets hard but if you look at the people around you, you’d want to make them proud of you,” he said. “Make yourself proud at the same time. Graduating high school was a big accomplishment and you can do so much more after that so I really encourage others to do that.”