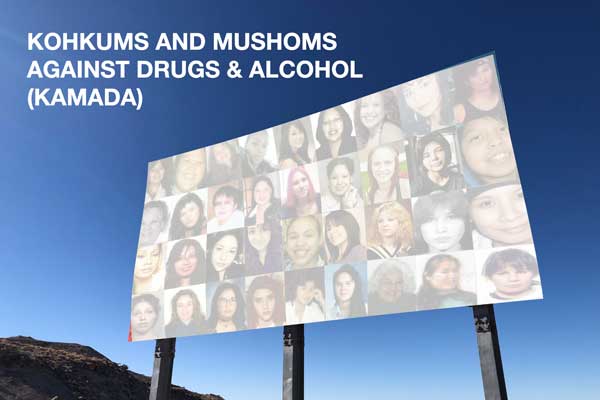 Kohkums and Mushoms Against Drugs and Alcohol (KAMADA) sent letters to land managers and Chiefs and Councils in June asking for support to put up billboards, said Debbie Thomas, public relations coordinator for the group and a volunteer advocate for families of missing persons.

“The chief and council, the bands themselves can support the grassroots people by putting billboards up to create a bigger voice for the missing person issue,” said Thomas.

“We are requesting for a small parcel of land to be set aside to set up more permanent Billboard displays to publicly advertise missing persons,” the group said in the letter.

The group has received a few positive responses so far, but hasn’t heard of any definite plans yet, she said.

Billboards featuring the missing person would be a reminder of those who are still missing and that their families are still searching for them, she said. The acknowledgment would also comfort families, she said.

“People know about these missing persons but because we don’t make them visible, they can easily just disappear from a person's consciousness,” Thomas said.

Renting billboards cost thousands of dollars a month, which most families can’t afford, so the group would like to hold fundraisers to cover the cost of building the billboards.

Billboards might also compel somebody, who knows something, to come forward.

“You believe the cops are looking but the cops don’t have time to look for a missing person when the crime always continues,” said Thomas. “The missing person gets further and further down in the pile.”

“It seems like communities stop looking because they don’t know where to look, but somebody knows,” she said.

Too many Indigenous people continue to go missing and not enough are found, she said.

According to the Native Women’s Association of Canada’s Fact Sheet-Missing and Murdered Aboriginal Women and Girls, the Saskatchewan Association of Chiefs of Police (SACP) is perhaps the only policing body to publish statistics on missing persons. It reports that almost 59% of missing women and girls in Saskatchewan are of Aboriginal ancestry.