Yorkton Tribal Council (YTC) partnered with Your Choice Homes Inc. and began a new project for the betterment of their communities – done by their youth. The youth who are from the First Nation bands within YTC are selected to train and work alongside professional contractors to build tiny homes in their communities to solve the issue of housing on reserve. 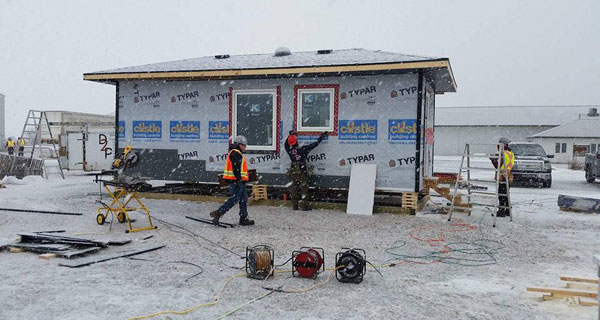 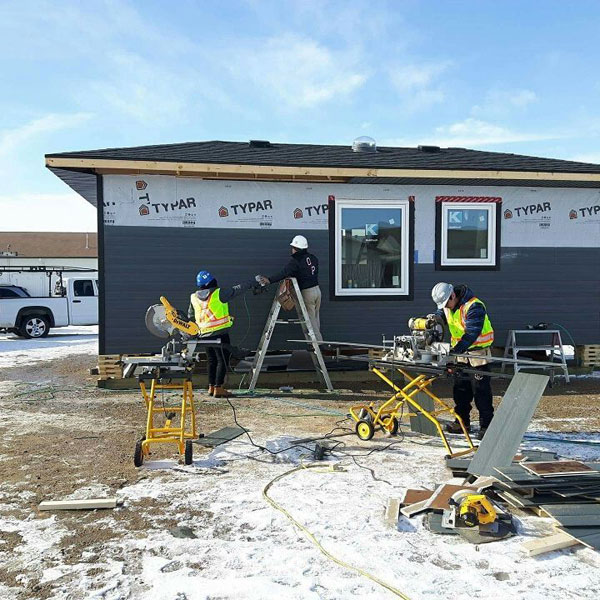 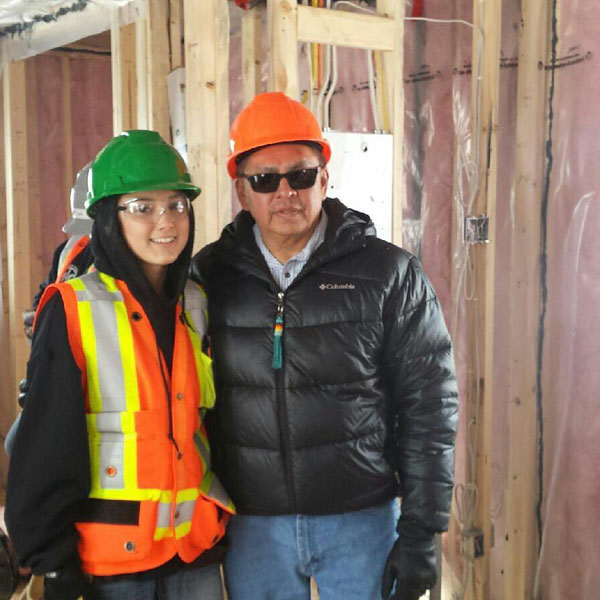 Chief George Cote of Cote First Nation oversees the project to ensure the contract they signed with Your Choice Homes is being followed and the students that are there are working.

“It’s exciting to see the commitment that we’re putting in with these young individuals that are getting some training and experience,” he says. “We want to build more to accommodate our growing waiting lists.”

Chief Cote says housing is such a major issue in many First Nation communities so this initiative will give the students work experience. Most of the individuals who applied for on-reserve housing are single applicants, so the small one bedroom units are built for these band members. Once the houses are completed, they will be placed in the reserves within YTC. Those First Nation bands within the tribal council are Cote, Keeseekoose, Key, Ocean Man and Sakimay First Nation.

“I want these kids to know how it is to build a home so maybe one day, they will build their own,” he says.

There are 13 youth were picked to work the weekends on these homes. The youth are gaining hands-on experience through the Construction Worker 101 Program, as well as new-formed friendships, monetary gain, and an iPad mini upon graduation, which is scheduled for March 26th. Vienna Severight from Cote First Nation has been enjoying her newfound passion for home construction.

Severight says this new pilot project is beneficial for the youth to be involved in, as it’s a step into building their resumes and gaining skills in this field.

“We could be out doing other different stuff and it’s good that people are giving up their time to better themselves,” she adds. “It’s good to have younger people doing stuff like this to get involved because it’s good to have experience if you want to do this in the future.”

Your Choice Homes spokesperson Jay Noel says in a media release their company has three essential mandates, which is respecting culture, believing in accountability and building futures.

“We’re so proud of our first group from YTC. They’ve learned a lot under the guidance of our mentors. We’re ready to be a First Nations education partner throughout the province,” says Noel in the Federation of Sovereign Indigenous Nations (FSIN) release.

FSIN Chief Bobby Cameron signed a memorandum of understanding (MOU) with Noel on behalf of Your Choice Homes on March 8th at the First Nations University of Canada (FNUniv) in Regina.