Indigenous teen artist boasts a resume beyond her years

Saskatoon inter-disciplinary artist Kiyari McNab has built quite a stacked artists' resume, including several gallery exhibits, and short-documentary screenings at festivals all over the continent. Such would be an impressive body of work for a mid-career artist. McNab, however, is only 18. 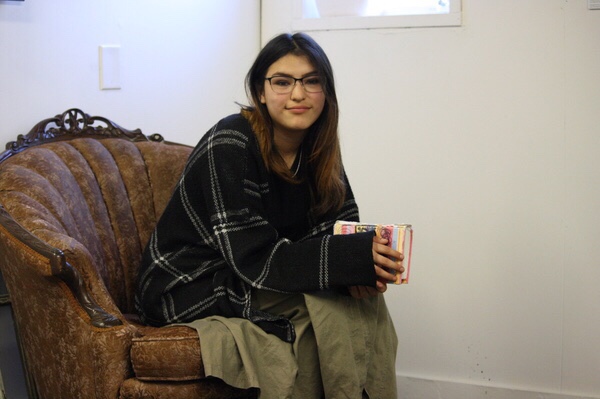 McNab, currently a student at Nutana Collegiate, said she's been interested in art for as long as she can remember. She grew up facing challenges in her personal and family life, but found solace in creating art.

“I never had anyone to look up to growing up. I just had people who I didn't want to be like. I decided that I wasn't going to let that stop me from doing what I wanted, and putting my story out there,” said McNab.

After becoming involved in the Digital Storytelling program at the Core Neighbourhood Youth Co-op with then-coordinator Andrea Cessna, McNab found a natural proficiency in photography. Her first two public shows were exhibited in a group showing at SCYAP Gallery in Saskatoon, as part of their youth programming, where she explored ideas of relationships, culture, and identity in her photos.

In photography she not only found a natural talent, but the therapeutic benefits art can provide.

“I've known art was healing, but didn't really realize it until I started working with (Cessna),” said McNab. “My projects became bigger because my problems were becoming bigger. It became easier to deal with things through my art.”

After her first two exhibits at SCYAP, McNab and Cessna began to collaborate on a short film project. They had begun to shoot a short-documentary, when a serendipitous moment happened, changing their film completely – McNab began to share a family photo-album with Cessna.

“I still had a microphone on and the camera was rolling. It just came naturally,” said McNab. “I'm just talking, letting my story out (to Cessna). That alone, that footage, we thought - this has to be the film.”

That moment resulted in Abnormal Freedom, a short-documentary co-directed by McNab and Cessna, which contemplates the relationship between memory, heritage, and perceptions of normality.

“It's called Abnormal Freedom because having a childhood like that for Indigenous youth, living in a house full of addicts and alcoholics, is the norm,” said McNab. “Freedom comes from that desire to live freely.”

Abnormal Freedom was virtually an immediate success. It was accepted into Hot Docs Canadian International Documentary Festival, the largest documentary festival in North America. At the festival in Toronto, organizers told McNab that she was likely the youngest director at the festival, and perhaps the youngest in their history.

“When we got back from Toronto, it felt like the beginning of something new and big. A new chapter in my life,” she said.

The documentary has gone on to play at festivals across North America, including the Seattle International Film Festival and Femme Wave arts festival in Calgary. McNab has since continued producing art, with photography showings at PAVED Arts, Chokecherry Studios, and a collaboration with artist Marcel Petit.

She's now planning her next film centred on missing and murdered Indigenous women, as well as working on painting and poetry. The young artist is just beginning, and hopes to continue to share more of her culture through art.