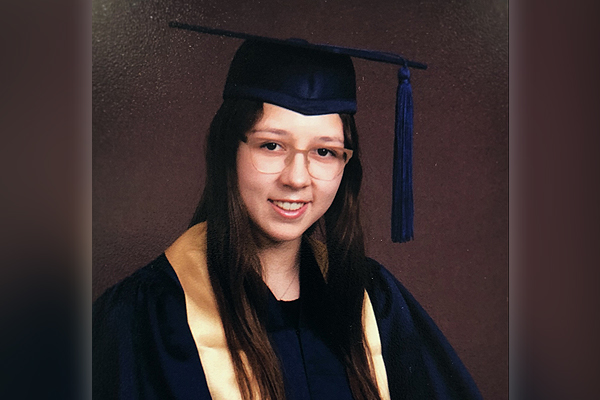 SIMFC graduate Kayla Gardiner received the SPS Community Justice Award which was presented to her at the graduation ceremony on July 6. Photo submitted by Kayla Gardiner.

After learning she will receive an award from the Saskatoon Police Service (SPS), Kayla Gardiner is more pumped than ever to pursue her educational path towards a law degree.

Gardiner, originally from the Cumberland House Cree Nation, has been told she will recive the SPS Community Justice Award the at the Saskatoon Indian and Métis Friendship Centre (SIMFC) graduation ceremony scheduled for July 6.

“The Saskatoon Police Service has chosen me for their award because they liked what I wrote in my application,” said the Bethlehem Catholic High School grad. “I talked about how I wanted to become a lawyer because of what injustices that are being done to Indigenous peoples [such as] the Starlight Tours.”

Gardiner remembers hearing her mother talk to her and her friends about the Starlight Tours, a term used to describe police dropping off intoxicated Indigenous men on the outskirts of town, often in winter. Gardiner read Starlight Tour: The Last, Lonely Night of Neil Stonechild by Rob Renaud and Suzanne Reber. She felt motivated and compelled after learning Indigenous lawyer Donald Worme represented Neil Stonechild’s family in the inquiry into his death.

“I want to become a lawyer to help Indigenous people…to fight for justice,” she said.

Gardiner is has enrolled in a Bachelor of Arts program at the University of Saskatchewan, majoring in history with a minor in political studies. Once she completes that degree, she plans on applying to law school.

Gardiner said what she’s going to miss the most about high school are her friends.

“I won’t see them as much because some of them are going away,” she said. “Before every final [exam], we would always go to McDonald’s. That was our little tradition that we did.”

Gardiner will also miss playing soccer, a sport that she excelled in high school. She owes her passion for the sport and to keep pushing herself further to her role model and soccer coach, Tara Tait from the Ahtahkakoop Cree Nation.

“I have always pushed [Kayla] to believe she can, no matter the challenge or the circumstances,” said Tait. “I am honored that she sees me in that light…she’s like one of my own kids. I wish her all the best in all her future endeavors. I strongly believe that Kayla will be successful in all that she takes on in her life, whether in sports or education. Her commitment is commendable and inspiring to her peers.”

Each year the SPS takes part in an event that recognizes young and talented individuals who have worked hard to achieve success. This year’s recipients are Gardiner and Skylar Bobryk.

“We want to congratulate them and wish them continued success,” said Const. Mikhaila Bird of SPS.