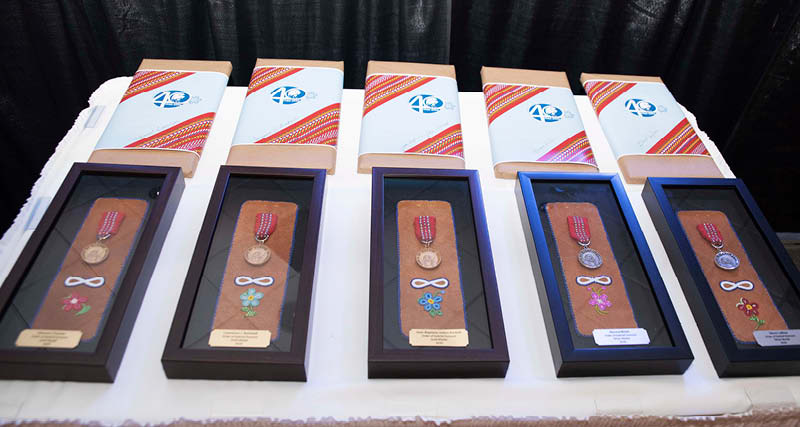 Métis rights activist and raconteur Wayne McKenzie has consistently produced results during his extraordinary career, even if its meant going defiantly against the grain.

One of McKenzie's most fabled moments was his protest to the Canadian Mortgage and Housing Corporation (CMHC) in the early 1980s.

McKenzie, who helped create the Association of Métis and non-Status Indians of Saskatchewan (AMNSIS), was the President of the Local 9 in Regina at the time. After discovering the slum-like state of the houses that social services were paying for in many of their Indigenous communities, McKenzie asked for $120,000 to help address housing needs in the communities. But after a meeting with two representatives from CMHC, he was given a 'take it or leave it' offer of only $20,000. So, he purchased a wheelbarrow and filled it with $20,000 worth of nickels.

“I knocked on (CMHC)'s front door and said 'I've come to give you back your money because I think you have a nickel and dime mentality for what I'm proposing. Today I will give you nickels but in two weeks time, if I don't hear from you, I'm bringing back the rats that live in these people's homes',” said McKenzie.

The stunt worked, as McKenzie was summoned to Ottawa, where the Pierre Trudeau government had a $120,000 cheque waiting for him.

It is one of the many examples of McKenzie's fire and passion making an indelible mark in the Métis history of Canada, and why he is being awarded with an Order of Gabriel Dumont Medal in March. 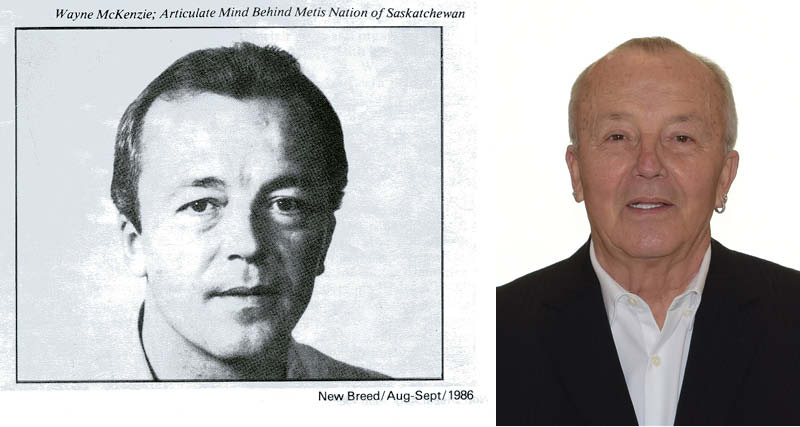 “He is a great orator and a very determined man,” said Geordy McCaffrey, Executive Director and the Gabriel Dumont Institute. “He has been able to fight the good fight. You can see through these personality traits how he's been able to do so much for Métis people.”

McKenzie's impact on Métis people in Saskatchewan is hard to overstate. McKenzie has held many positions in Métis government and management, including Executive Director, Vice-President, Local President, and Regional Director of AMNSIS.

His work with AMNSIS in capacity building in education, economic development, and housing led to the establishment of GDI, Sask Métis Economic Development Corporation (SMEDCO), and the Gabriel Housing Corp.

McKenzie is predictably self-effacing about the honour, saying that he knew very little about the award, and the credit should be equally shared with the many people he has worked with over the years.

Another Gold recipient, Senator Nora Cummings, has had a profound impact on Métis people in Saskatchewan through her tireless advocacy, particularly for women and children, as well as playing an instrumental role in the development of several essential organizations for Indigenous people.

Among many of her achievements and lasting impacts, Cummings helped establish the Saskatchewan Native Women's Association, was a founding member of the Metis Nation-Saskatchewan, and has fought for decades to get Indigenous children out of foster care and back with their families.

In an interview in 2020, Cummings said the most rewarding part of her career is seeing the children she's helped grow up and become successful.

“The best rewards I could get from anyone is seeing these kids becoming whatever they want. Getting their education, getting jobs, that's the greatest thing, that's what I've treasured the most,” she said.

“When you spend time with Nora, you can tell she's extremely interested in making sure there's opportunities for Métis people. She's been an advocate for young people for a long time. And, at times when we've had certain questions or been confused, she's always provided good advice,” said McCaffrey.

“She's been invaluable to the Métis community.”

In total, five medals were given to individuals who have made vital contributions to the Métis community.

On March 4, via a virtual ceremony, Cummings, McKenzie, and Jean Fisher and the late Dennis Fisher will be honoured with Order of Gabriel Dumont Gold Medals, which recognize a lifetime of outstanding service to the Métis of Canada.

William Goodon and Gregory Scofield will receive the Silver medal, which honours persons still in their careers who have made significant contributions to the Métis.

“The Order of Gabriel Dumont is one of the Métis Nation's highest civilian honours,” McCaffrey said.

“When you look at the recipients of the award this year, these are all great people. We are very proud to be able to induct this fine group of people in the Gold and Silver GDI awards,” he said.

The six inductees join 67 others who have already been inducted in the Order.