Michif language at your fingertips with new apps 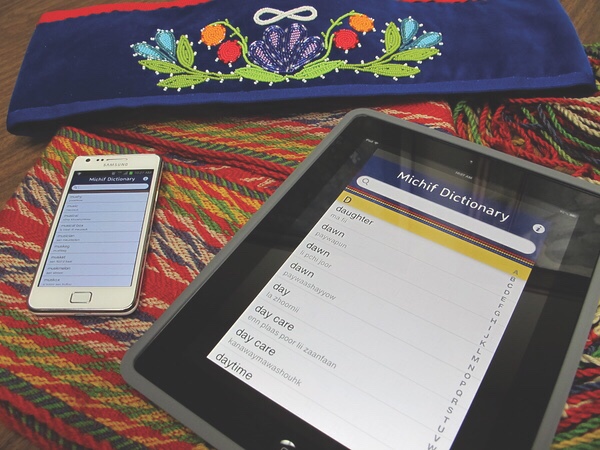 Gabriel Dumont Institute is bringing the Michif language to your fingertips with easy-to-use apps. Photo supplied

Gabriel Dumont Institute has served up the Michif language in easy-to-use apps.

“Our first language app was called Michif To Go and it has over 11,500 words in a dictionary all with audio, and over 500 phrases,” explained David Morin, adding that in their first app you can do various things such as search specific words, favourite words, or share a certain word with friends and family — you click and send, and it brings them to the website of that specific word. “As a follow-up we now have northern Michif to go - from the area of Ile-a-la-Crosse for example.”

The third app developed and available features Michif lessons focusing on different words or phrases based on themes - body parts, weather, animals, love, etcetera. All three apps are available for use on the website Metis Museum.ca so even without a smart phone you still have access to the technology, explains Morin.

“Basically, if you search Michif in google play or the apple app store, they will show up,” says Morin. “There are links at the Métis museum as well to access them.”

It took close to two years for each app, from concept to translation to tech team building the apps. All three projects were done by GDI, with support from the University of Saskatchewan to actually build the apps.

“The hope is that the language gets more promotion and becomes more visible hearing-wise as a language that should be spoken and preserved,” noted Morin, adding that in the year of Indigenous Languages he hopes many people download and use the apps in even greater numbers. “We’ve got over 1000 people who have these apps on their phone right now and we hope for even more.”