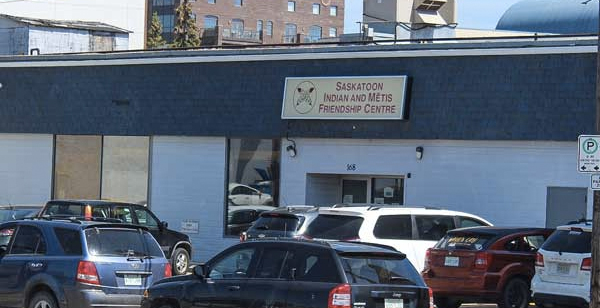 The Sixties Scoop is talked about as a long-gone government policy but Robert Doucette says Indigenous youth in foster care are still suffering negative effects, such as a loss of language and cultural identity.

The Fifth Fire program at the Saskatoon Indian and Metis Friendship Centre, which started near the end of October is looking to fill the gaps in the lives of youth who were taken from their families, or who otherwise are looking for support, by offering life skills and other transitional supports, such as finding housing.

“When you’re 18 years old and your time in that foster family is up, you really wonder ‘where am I going now?’” said Doucette, executive director. “Because in my instance, when I went back up to Buffalo Narrows, people didn’t really open their arms and hearts to me.”

The Friendship Centre has been getting the word out about the new program with posters around town, which urges youth looking for help to reach out.

The program is the first in Saskatchewan to offer support to foster kids aging out the system, Doucette said.

Case workers are at the Friendship Centre to work with the youth.

Indigenous youth are often alone and adrift once they age out of the system and can face the same disconnect from their home communities as Doucette did when he aged out of foster care.

“The youth who are growing up in group care, very often, lack identity because they haven’t had a lot of exposure to culture,” said Charlene Cote, project manager for Fifth Fire.

“A lot of youth who grew up in non-Indigenous foster homes are in the same boat.”

Cote said the program can provide practical and life skills like cooking and budgeting. It would like to introduce youth back to their families, if it’s safe to do so. The goal is a feeling of belonging, she added.

“We would like to be able to promote them, promote their skills,” Cote said.

Anna McArthur, a White Bear First Nation band member whose grandmother was from Cowessess First Nation, said a program like Fifth Fire, which can help people at any stage of life reconnect with their culture is “definitely needed,” especially in an urban setting like Saskatoon.

McArthur, a board member of the Sixties Scoop Indigenous Society of Saskatchewan, said counseling and one-on-one time with the youth would be an important step, but needs to happen early in adolescence, not when they’re aging out.

“I look at my grandkids and I can see where they’re missing that whole aspect of their life. Indigenous culture, it’s not like people go to church on Sunday, something you do once a week” she said. “It’s a way of living; it’s a way of life that we don’t have that grounds us.”

The Fifth Fire program accepts clients through self-referral or from family or organizations. Youth can use the facilities and staff at the centre can help with cooking and shopping

“A simple thing like learning some of our language … whatever language they come from, from their cultural grouping, is a huge boost to their self-confidence,” Doucette said. “This is to help [youth] so that we don’t have another lost generation of kids that have aged out of the foster care system.”