Single mother of seven is determined to live a healthy lifestyle

Living a positive lifestyle is not just a saying for Carmen Fourstar, 37, the single mother of seven from the Wahpeton Dakota Nation located just outside Prince Albert, says it is a way of life. 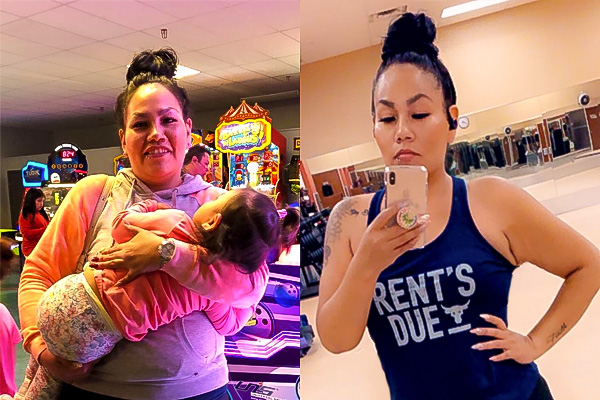 After seven kids, Carmen Fourstar admits she didn’t take care of herself pre or post-natal. That has all changed now with regular exercise. She doesn’t watch her weight though, she uses photographs to keep her on track.

Starting from a point where she had never given health a second thought throughout her entire life to making sure she is now able to fit in a daily workout no matter the time.

“It took me losing myself to find myself again.” said Fourstar. “Throughout all my first six pregnancies I never took care of myself- pre or post-natal, then in 2014 my marriage ended and I lost my dad. I wasn’t taking care of myself.”

Hitting her pregnancy weight last year opened her eyes to the unhealthy lifestyle she was living and showing her own children.

Fourstar decided it was time to take care of herself, with her children now being her biggest motivation.

She began to hit the gym. Fourstar said she never relies on a weight scale for the definition of her progress, but rather using and documenting her progress with photos on her social media.

“I don’t define my weight loss by a scale, because your body can fluctuate, I use my photos to keep me motivated, and I am losing a lot of inches and it is progress,” said Fourstar. “Last week I finally fit into a size small! I was like wow!”

Fourstar admits that over the years she has tried diets and exercise programs to help her lose weight but it wasn’t until recently she began to really take her new exercise program seriously after seeing the results.

Her main goal is to see her belly button, something she says she hopes to happen in the near future.

Fourstar’s children are also helping her by supporting and motivating her to get in her workouts and eating healthy, motivation that is also catching on to other family members.

“Carmen is always helping me with different workouts for pain in my back,” said Amber Waditaka, Fourstars younger sister. “She never forces her new lifestyle on anyone but she is encouraging me to get healthier.”

For Fourstar, she shares her positive message with others.

“It all about mindset anyone can do it, you have to keep your mind in the game. If I can do it so can you.”