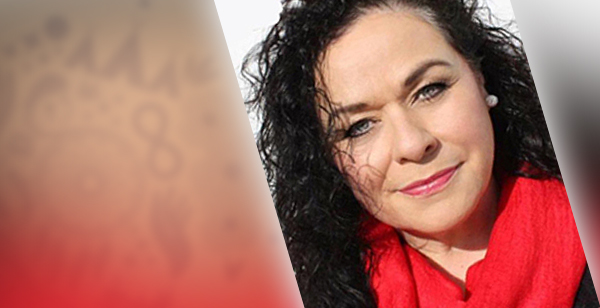 As a sixties scoop survivor, Sherri Swidrovich knows what it’s like to feel left out and unheard.

So as a member of the newly appointed board of directors of the Sixties Scoop National Healing Foundation, her guiding principles will be including all survivors and respecting the vast diversity of their experiences.

“That is a very strong ideal that I will carry forward in my role,” she said.

“There’s a long history of being left out and not being a part of things as sixties scoop survivors and not having our voices heard.”

Swidrovich, who is on the faculty of the Indigenous Studies department at the University of Saskatchewan, is one of nine sixties scoop survivors from across Canada on the board.

The $50-million National Healing Foundation is a product of the same Sixties Scoop class action settlement agreement that is compensating survivors, but the Foundation is separate from that process.

The payout process is being administered by Collectiva class actions services. Information about that process is available at www.collectiva.ca.

The Healing Foundation is intended for all Indigenous Sixties Scoop survivors, regardless of their Indigenous status, who were placed in foster or adoptive homes.

The settlement agreement stipulated that the foundation is to serve and be led by survivors.

An interim board took almost a year to consult with thousands of survivors on-line and at in-person events, including one in Saskatoon in December 2019.

Based on feedback from participants, an engagement team, which included Saskatoon Sixties Scoop survivor, scholar and researcher Raven Sinclair, reviewed 109 applications and sent a list of the 32 most qualified applicants to an ad-hoc committee, which then chose nine candidates for approval by the interim board.

Also on the board are Vicky Boldo of Montreal; Halie Bruce of British Columbia; Wayne Garnons-Williams, originally from Saskatchewan and now from Ottawa; Selina Legg an Inuk of Nunatsiavut; Garry McDermott of British Columbia; Eric Phillips of BC; Danelle St. Laurent, originally from Saskatchewan and now from Quebec; and Anne Watts of Ontario.

The tenth board member is Justice Harry LaForme, an Anishinabe of the Mississaugas of the Credit First Nation in Ontario, who retired from the Ontario Court of Appeal in 2018.

The survivor participants in the on-line and in-person consultation also identified seven areas for the Foundation to focus on. Cultural reclamation and mental health topped the list.

“What can we do to help support sixties scoop survivors out there who are struggling with wanting that, not knowing what to do to feel that sense of connection?” Swidrovich said.

“Mental health repercussions out there are huge. That’s an important one for me because I think it can contribute to some of the ongoing involvement in the child welfare system by parents of the sixties scoop who can repeat the cycle because of mental health issues that have arisen from growing up without their identity, without that connection. (It) has created a lot of hurt and harm,” she said.

Among the first jobs for the board will be formally setting up the foundation. The members still have not met face to face, Swidrovich said.

More information about the foundation and a video of the on-line event introducing the board is available at nationalhealingfoundation.com.