The stories behind the graduation photos

It’s that time of the year again where Eagle Feather News holds its annual graduation photo contest. We’ve had numerous entries and we thank everyone who submitted this year.

Our first-place winner is Brittanni-Anne Roberts from the Sturgeon Lake First Nation but resides in Saskatoon for most of her life. Roberts recently graduated from the University of Saskatchewan (U of S) with her Bachelor of Science in Nursing degree. She started upgrading her courses to get into the U of S shortly after her son Noah was born. She raised him while focusing on her studies and while her partner Dillon Littlewolf worked full-time. 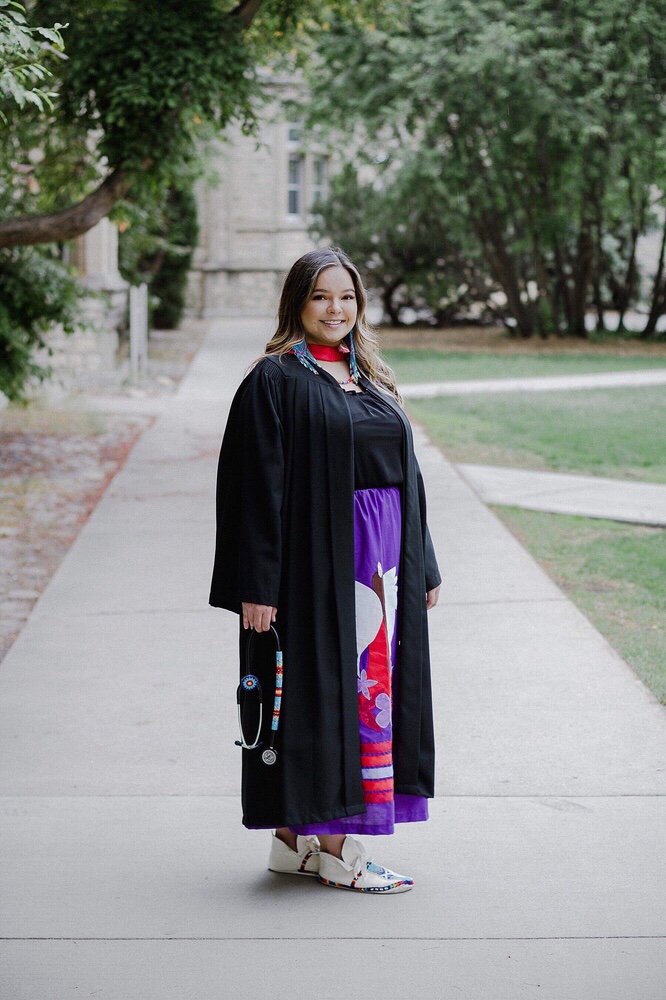 First place photo contest winner Brittanni-Anne Roberts recently graduated from the U of S with a degree in nursing. Photo credit: Breanna Doucette-Garr

“This was hard because I felt like I missed out on a lot of milestones and I often felt guilty for putting a lot of my energy into school,” she said. “I am glad I had an awesome support system to remind me that I am looking out for my son’s future and to pick me back up when I felt like quitting. My schooling has been a long tough journey and I’m glad it’s finally over and I can now focus on my family and maybe even pick up some new hobbies!”

Roberts became interested in a career in nursing as she recalls hardly seeing any Indigenous nurses growing up. It was something she wanted to be apart of a change.

“Once I got into nursing, I kind of fell in love with the children during my clinical,” she said.

Roberts stated one of the challenges she faced during her studies at the U of S was the lack of services for students who are parents.

“I think having more options for on-campus child care services because it’s hard finding people who are available [especially] for clinicals because they [run] from 7am to 7pm,” she said. “It would be nice to have that so I could have studied on campus or if I have a clinical that runs late then someone could help with that.”

Coming in second place is Justine Scarrow from Prince Albert recently graduated from Ecole St. Mary High School. Scarrow will be studying at the Gabriel Dumont College to take arts and sciences hoping to major in psychology. 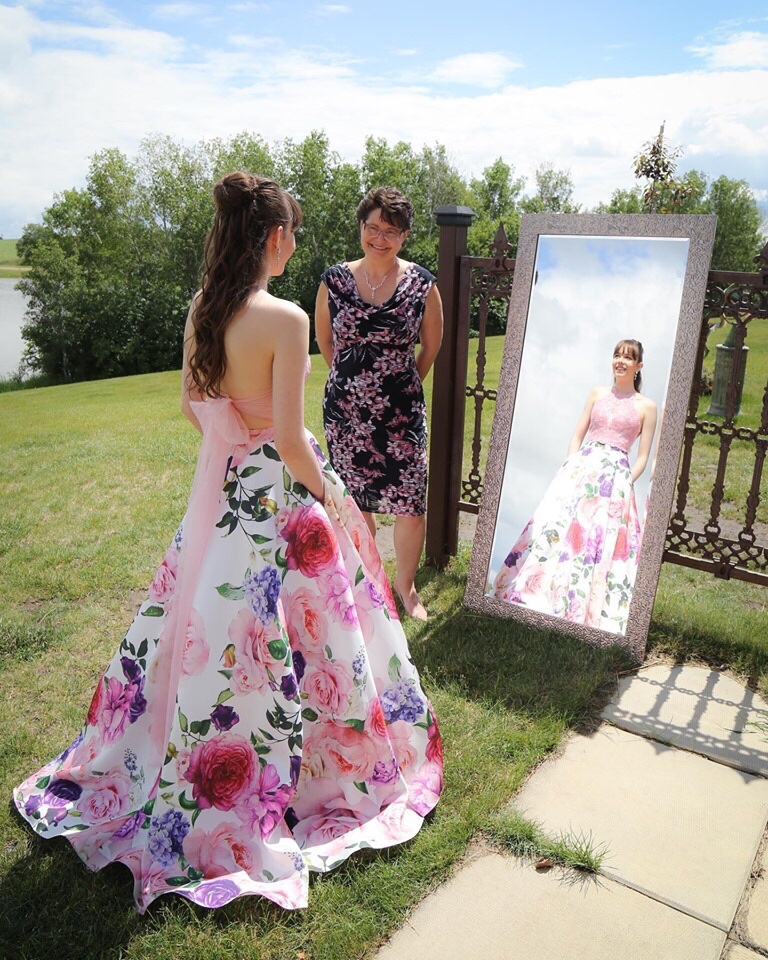 She said living a busy lifestyle working a part-time job and balancing her studies in high school was a bit challenging for her. But she managed to work through it in order to graduate grade 12.

“It was difficult with schedule balancing [with] the more difficult classes,” she said.

Scarrow shares with other high school students that it’s important to remember that if something doesn’t challenge you, it’s not going to change you.

“Nothing comes easy in life but sometimes hard work is what really changes you and helps you grow as a person,” she said.

Scarrow gives her appreciation and gratitude to her Native Studies teacher Mrs. Longjohn-Constant for being an inspiring educator and role model.

And lastly, in third place, is Rory Iron from Canoe Lake Cree First Nation. Iron recently graduated from Ecole St. Mary High School in Prince Albert, SK. He will be joining the Regina Thunder football team in the fall. Iron hopes to attend the University of Regina (U of R) in the winter semester to study visual arts to become an animator.

Iron said that he faced being socially introverted during high school as he admitted that he didn’t have much friends. But he persevered through it all to accomplish his dreams.

“Despite the fact that I can’t really be extroverted as others…it really had to do with loneliness like not having friends to go out with, throw a football around with and play games with,” he said. 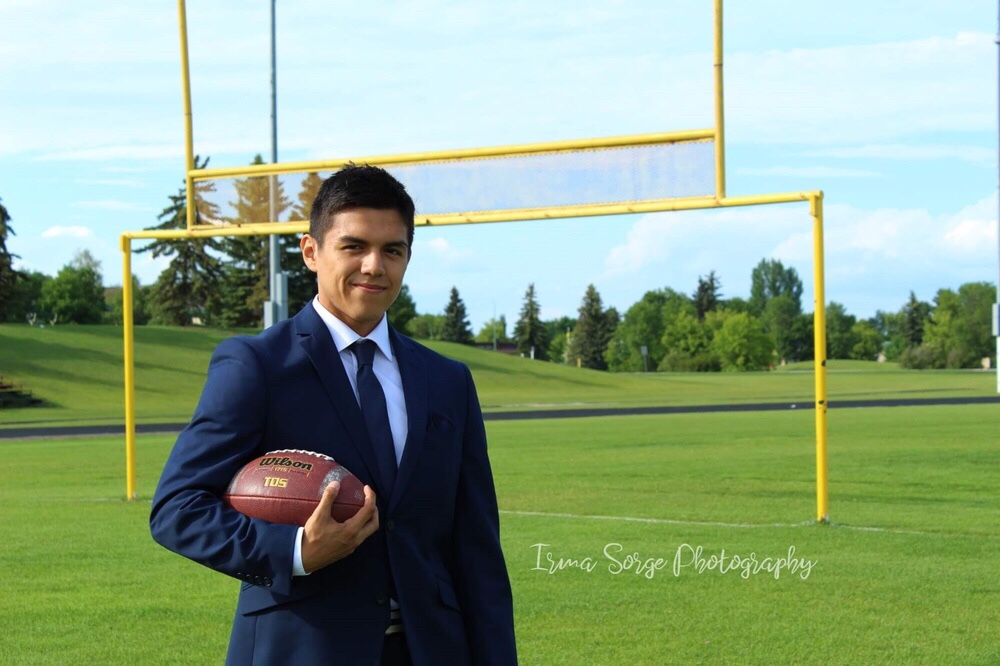 Iron wanted to make his parents proud so he pushed through high school’s challenges and kept his eye on the prize to play football.

“I’m looking forward to progressing myself and making myself better for the football team and for my visual art career,” said Iron.

He hopes those who share similar experiences as he did that, they can push forward no matter how hard it gets.

“Keep going with what you love to do whether it be football or visual arts or anything else that interests you,” said Iron. “With that, you’ll find genuine friends along the way.”