U of S receives grant to study HIV prevention

Researchers at the University of Saskatchewan (USask) in Saskatoon have received $2.84-million to go towards Human Immunodeficiency Virus (HIV) prevention and care in Saskatchewan and Manitoba First Nations communities. 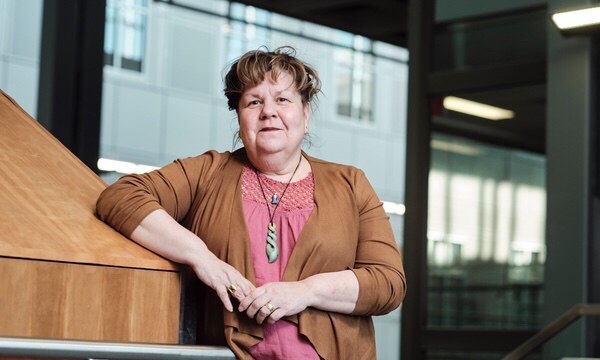 The rates of HIV and other sexually transmitted infections (STI) have been increasing among Indigenous populations in the provinces and are now going to be addressed with this grant and done through an Indigenous-led research center.

The grant, which will span the next five years, is from the Canadian Institutes of Health Research.

The location of the research centre is yet to be determined but will be decided by the researchers and members of Indigenous communities. Both provinces will have a centre but USask will be the administrative core. Governance of the study will be based on Indigenous governance practices and ther will be a scientific oversight council all over the region.

"This centre will provide the much-needed infrastructure to leverage the Indigenous and non-Indigenous researchers, clinicians, government, and community to work together to address the rise in HIV," said lead investigator Dr. Alexandra King (MD) of the USask College of Medicine in a press realease.

The research centre will run on both Indigenous and Western worldviews and knowledge of medicine.

Health professionals and educators of Indigenous and Indigenous and non-Indigenous in Saskatchewan and Manitoba will work in new ways to address health inequalities in the diagnosis and treatment of HIV, STI’s and blood-borne infections (STBBIs), and Hepatitis C in the First Nations, Inuit and Métis population. They will also focus on prevention and harm reduction

"Saskatchewan and Manitoba have rich and diverse expertise in the areas of HIV, Hepatitis C and STBBIs. This centre will employ the best of Indigenous and Western capabilities. It will build approaches grounded in Indigenous philosophies and methodologies. For Indigenous people, place, history and social contexts matter and are integral to developing interventions that work," said Dr. King in a press release.

The centre also hopes to improve awareness of HIV, Hepatitis C, and STBBIs in Indigenous communities and create education programs that are culturally responsive and that use what they call an "anti-oppressive approach."

The centre is planning on developing a network of Indigenous researchers on HIV, Hepatitis C and STI”s both nationally and internationally. It will also address a gap in Indigenous academic leadership at the regional level.

Those running the centre will also mentor and train the next generation of Indigenous experts in HIV prevention and treatment and have opportunities for students to specialize in HIV care.

Saskatchewan as the highest rate of HIV and roughly 80 per cent of new cases are found in Indigenous people. Between 1985 and 2016 2,091 people were diagnosed with the STI making Saskatchewan almost triple the national average.

Saskatchewan also has the highest rates of Hepatitis C among the First Nations population as of a July 2018 study. They are also estimated to be seven times more likely to be infected with the STI than their non-Indigenous counterparts.