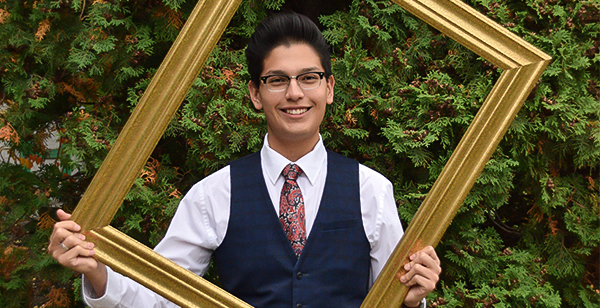 Wakpa Mckay from Fort Qu’Appelle is a recipient of the $20,000 RBC Indigenous Student Awards Program. Photo submitted by Wakpa Mckay

A young man from Fort Qu’Appelle with many achievements under his belt is one of 20 Indigenous students across Canada that won this year’s RBC Indigenous Student Awards Program where he will be given $5,000 for each year of his studies.

Wakpa Mckay was surprised when he learned he would be financially set for the next four years at the University of Regina.

“I felt really relieved and I was also super happy when I found out that I won,” said Mckay, who is currently taking a pre-law course. “I am very thankful to RBC. Without that, I don’t think I’d be as nearly as successful as I am now with my university studies.”

“I needed a new laptop. So, I used some of that money to buy a new one for online university classes,” he said.

A committee of Indigenous academics and RBC representatives select the award recipients based on personal and academic achievements and individual financial need.

Mckay was the 2019-2020 president of the Student Leadership Council at Bert Fox Community High School in Fort Qu’Appelle.

“(It) really helped me to build connections within the community,” he said.

Mckay participated in Saskatchewan’s first Provincial Youth Council last October and the Royal Canadian Sea Cadets for five years. For the past three years, he has traveled throughout Saskatchewan to facilitate the Kairos Blanket Exercise, which gives a visual presentation of historic European contact with Turtle Island.

This year’s winners of the RBC Indigenous Student Awards Program were announced on September 17.

“By doubling the number of scholarships and increasing the amount for each award, we are acting on our promise to Indigenous youth to provide access to education and opportunity,” said Dale Sturges, National Director, RBC Indigenous Financial Services in the prepared statement.

“Indigenous youth have bold ideas that can create a new way forward for their communities, for Canada, and it is important that we find ways to help bring those ideas to life.”

In 2015, RBC signed a Declaration of Action in response to the Truth and Reconciliation Commission’s Calls to Action.

“Indigenous youth continue to face so many barriers to education – these scholarships are one way we can help remove some of those barriers, create more equality and help ensure Indigenous knowledge and perspectives flourish,” Sturges said.

For the full list of this year's winners, and more information about the RBC Indigenous Student Awards and how to apply, please visit http://aboriginalstudents.ca/site-sponsors/rbc/.