Wellness, treatment and recovery services are now more accessible in the north

The day began with a traditional pipe ceremony followed by a grand entry of dignitaries, dancers and drummers.

Cook-Searson said it was an amazing day and was pleased with the community support from far and wide.

“During the ceremony, there were six eagles flying around, circling around where we were,” she said. “So, just a really beautiful sign.”

Opening the WWC was the culmination of more than a decade of hard work. Cook-Searson said her late sister encouraged her to fight to find a way to help and meet the needs of the community members, which made the grand opening even more special.

“The dream was to have a wellness, treatment (and) recovery centre so we can build the capacity and be a catalyst for change,” said Cook-Searson.

There is also an Elders office and traditional medicine room inside the building and on the outside there is a sweat lodge, meat prep room and smoke houses.

The wellness centre is just the beginning of a much larger wellness plan for the north. 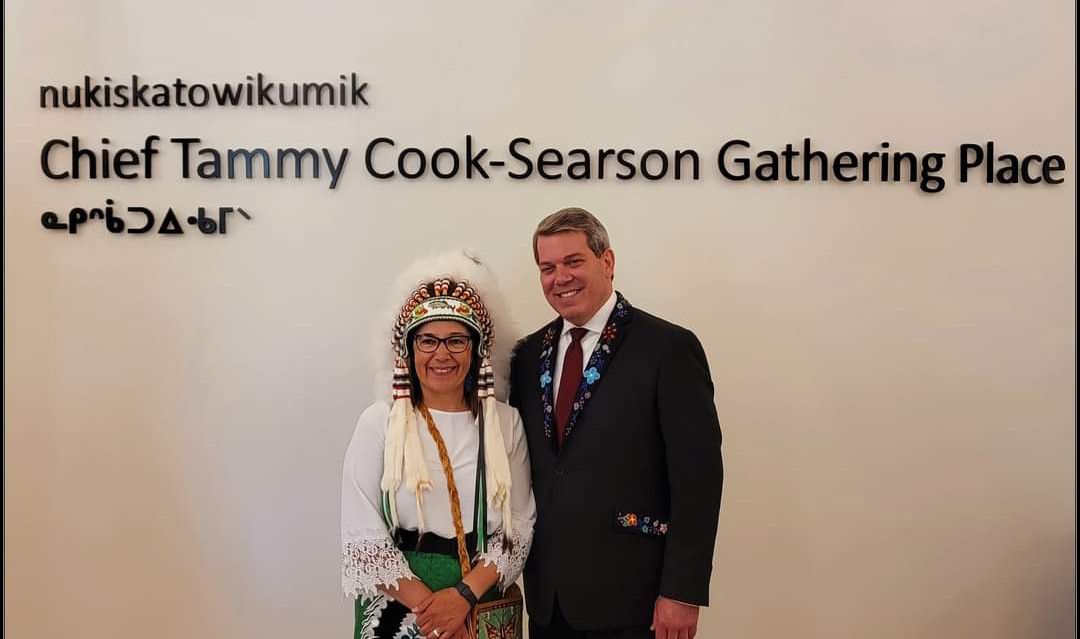 The WWC project will also expand into five of the LLRIB outlying communities. Each of the communities will have mini-healing lodges built near their communities this summer that will consist of off-grid two-bedroom/living room/kitchen style traplines units.

She said the community is grateful for the financial support it received for the project.

The federal government contributed $11.6 million and funding to cover the first year of operations and maintenance. The Lac la Ronge Indian Band invested $2 million for the capital project and provided the land where the building is located.

The province contributed one-time capital funding of $2.5 million to be used towards the mental health healing and recovery portion of the Centre, which includes an attached unit with inpatient beds for addictions treatment.

“Our government is pleased to provide capital funding for this project,” Mental Health and Addictions, Seniors and Rural and Remote Health Minister Everett Hindley said in a news release. “This contribution is an opportunity to participate in an innovative model of care that is community-driven and culturally responsive. I want to extend a sincere thank you to the project team, community members, leaders, and Elders for making this project a success.”

According to the province, the investment supports the Truth and Reconciliation Commission’s Calls to Action, as well as Saskatchewan’s Mental Health and Addictions Action Plan.