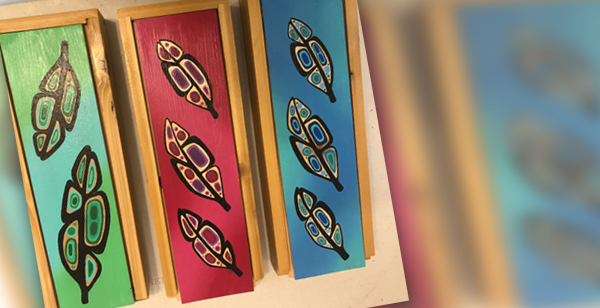 Young entrepreneurs in Saskatchewan are being given an opportunity to share their products through a new, safe avenue this Christmas.

“It's a way that people can actively and immediately participate in reconciliation and supporting young Indigenous artisans,” said Jill Sauter, co-creator of Fireweed Artisan Boxes. “It's something we can do during the pandemic to support kids in (AYEP), which helps them learn business and being a good corporate citizen.”

The project was developed to fill a void left by COVID-19, which took away many of the events, trade shows, and networking opportunities AYEP had planned for their participants this year.

“We realized we needed to come up with a couple solutions to be able to market our kid's stuff. We didn't want to lose momentum, or for our kids to suffer more than they already were,” said Joe Taylor, AYEP Co-ordinator.

The Fireweed boxes, which retail for $100 per box, pay full retail price for the youth-created products included in the box, allowing the youth to have guaranteed sales to support their business.

Two of the young entrepreneurs contributing to the box are Lee and Ruby Daniels, twin sisters from One Arrow First Nation. Lee and Ruby are collaborating on a children's book for the box, while Ruby is doing her own bead-work on jewelry and dream-catchers.

“I like seeing people's reactions to how you tell a story, and the way they see your artwork and interpret the narrative,” said Ruby. “It takes a lot of creativity, and you have to figure out where you're going before you do it, so it takes a lot of brainpower.”

The sisters got involved with Fireweed after watching the opportunities their older sister had with AYEP, and wanted to engage in something that would allow them to do something positive.

“Being in One Arrow, (during the pandemic), there's often nothing to do. So it's lots of motivation,” said Ruby.

Subscriptions for the boxes will begin sometime next year, after the first box, which is a one-off, sold separately for Christmas – which is already 90 percent sold out.

The boxes are available at all three of Wanuskewin's gift shops, Fire Creek Gas and Grill on 20th Street in Saskatoon, and Habitat for Humanity in Saskatoon.

Sauter and Taylor said the contents of the box are intended to be a surprise, but 'may' contain things like art from the popular 3R Innovative Imaging, a group from Muskoday Youth Business Club who make art from old cabinet doors and other discarded items, and RedWaters Bagging, two young women also from Muskoday, who make bags to raise awareness for Missing and Murdered Indigenous Women and Girls.

The boxes also come with a small magazine that tells the stories of the youth and the products they make. It's all about creating connections with these young entrepreneurs.

“It's really giving an opportunity for these kids to tell their stories,” said Taylor. “If we can provide a little cultural awareness, understanding, and education through this process, I think it could go a long way in changing people's perspectives about youth and Indigenous people as a whole.”