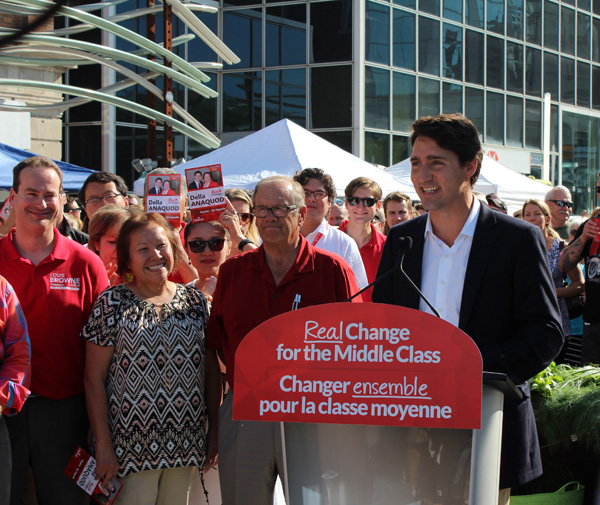 Justin Trudeau campaigning in Saskatchewan during the 2015 election.

During a one on one interview with Eagle Feather News, Assembly of First Nations Chief Perry Bellegarde has voiced his frustration with the government of Prime Minister Justin Trudeau. Chief Bellegarde says the Liberal Party attended the AFN Special Chiefs Assembly held in Gatineau, Quebec in December of 2015 and made five clear commitments to the Chiefs of Assembly. Those five commitments were for an inquiry into missing and murdered Indigenous women and girls, implementing all the Truth and Reconciliation Commissions (TRC) 94 Calls to Action, lifting the 2% funding cap on First Nations funding, invest in First Nations education, and a law review that would have to change laws that were developed that had an impact on Treaty rights.

“There’s lots of work to get done on those five commitments. The two that aren’t really moving that we got to put greater emphasis on, are the TRC Calls to Action. One of the key ones is the United Nations Declaration on the rights of Indigenous Peoples. That has to be a focus, that’s our roadmap to reconciliation in Canada,” says Bellegarde. “That other is the law review, the law and policy review is still outstanding so we got to keep pushing on those two fronts and hold the Liberals and the Prime Minister in Canada to their commitments that they made to our Chiefs and Assembly.”

He also adds that when quality of life for First Nations people matches everyone else in Canada, that’s when they start dealing with issues such as overcrowded housing, the high youth suicide rates, and the disproportionate number of Indigenous people in jails, and the issue of missing and murdered Indigenous women and girls in Canada.

Bellegarde added that First Nation people need to be included in the economy and that includes resource developments and that to balance the interests of leaders who want to develop pipelines and oil and gas with environmentalists is to bring them all together for a dialogue and ceremony.

“That’s the only way you’re going to find common ground, it’s all about the balance between the economy and environment,” he added. “We have chiefs that say yes to development and we have chiefs that say no, so we have to respect both of them but create the space for dialogue. We have the most important inherent right is the right to self-determination. So we’re going to keep supporting that right and try to find the common space and the common ground.”

Bellegarde adds the Liberal government also stated that one of the most important relationships that need to be rebuilt is the one between Indigenous peoples and the rest of Canadian society, highlighting that it’s the year of reconciliation.

“Reconciliation to me is that the quality of life is the same for Indigenous peoples as compared to everybody else in Canada, that our young people have hope that there is a brighter future for them and that they have the same opportunity,” says Bellegarde. “That’s the greatest act of reconciliation when we see that happening.” 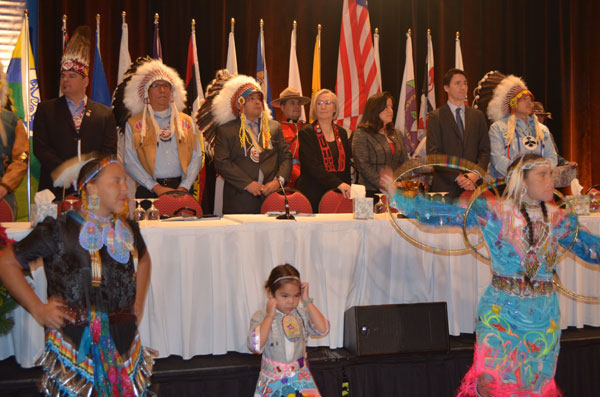