The 2019 Federal Election resulted in a minority Liberal Government with 157 seats and Justin Trudeau being re-elected as Canada’s Prime Minister for the next four years. The Liberal party needed a total of 170 seats to make it as a majority government.

The Conservative Party won a total of 121 seats where they dominated every riding in Saskatchewan. Gary Vidal won the Desnethé-Missinippi-Churchill River riding with 10,816 votes beating NDP Georgina Jolibois with 28.9% of votes and Liberal candidate Tammy Cook-Searson with 26.6% of votes. 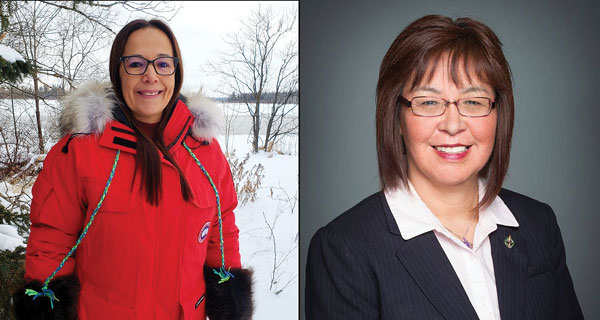 “Our team ran a great campaign, and we worked very hard,” stated Cook-Searson in a Facebook post. “It was not the result we wanted but the people have spoken. I am grateful for this experience as I was blessed to listen to concerns of so many kind and generous people of Desnethé-Missinippi-Churchill.”

Jolibois also released a statement on her Facebook campaign page stating that it did not go as they had hoped for but the Northerners have spoken.

“The past four years serving as the Member of Parliament have been the honour of my life,” she stated. “Since I was young, I knew I wanted to serve people. I never expected to be the first Dene speaker in the House of Commons. I never expected that we would lay the groundwork to make a new national federal holiday. But every day I was inspired by the people that I met to do better and to build a stronger Northern Saskatchewan than it was four years ago. I believe that we succeeded on that.”

Michael Kram beat the incumbent Ralph Goodale with 49.6% of votes. Goodale, who served as a Member of Parliament under the Liberal Party for over two decades, had a total of 33.5% of votes in the Regina-Wascana riding.

In a media release, the Assembly of First Nations (AFN) National Chief Perry Bellegarde congratulated re-elected Prime Minister Justin Trudeau on winning a minority government. Chief Bellegarde stated that he is looking forward to working with the new government and all parties to advance First Nations priorities as set out in the Honouring Promises agenda to build a stronger, better Canada for everyone.

“I congratulate Prime Minister Justin Trudeau and the Liberal party on their victory,” he said. “I look forward to meeting in the near future to advance a positive agenda for all Canadians. Over the last four years we have seen remarkable progress on First Nations issues, but progress does not equal parity.”

Chief Bellegarde added that they will work with all parties to address the climate crisis, safety and security for missing and murdered Indigenous women and girls, to lift up First Nations children and families and to strengthen the country as a whole. First Nation priorities are Canadian priorities.

He referred to a document by the AFN called In Honouring Promises: 2019 Federal Election Priorities for First Nations and Canada that sets out a forward-looking agenda beginning with a call for action on the global priority of climate change and preserving the natural world.

“There is agreement among a majority of Parliamentarians to move forward on some key priorities, including the UN Declaration on the Rights of Indigenous Peoples, a First Ministers Meeting on First Nations Priorities and fully implementing legislation to strengthen Indigenous languages and protect First Nations children,” said National Chief Bellegarde. “I lift up all First Nations citizens who voted in this election and congratulate all the Indigenous candidates. We will keep pushing forward for action, for reconciliation and for results.”

Jody Wilson-Raybould who formerly served under the Liberal government won a seat as an independent party.