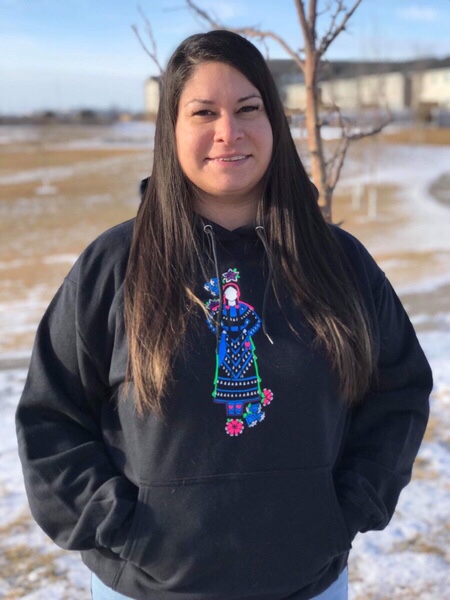 A former crystal meth addict aims to bring hope to others that change is possible. Tiffany Newby-Vermette has been clean for almost 13 years. Being arrested for armed robbery and looking at jail time was the rock-bottom point for Newby-Vermette to leave this lifestyle. Quitting the drug cold turkey was extremely hard for her but she did it to change her life for the better.

“My mom got sick with cancer and we knew she was going to die. I burdened her for so long that I didn’t want to burden her any longer,” she said. “I slept lots and went into a deep depression. I was about 19 or 20 when I quit.”

Newby-Vermette was a crystal meth user for five years and was first introduced to it to try escape her own issues.

“When I first tried it, it was the best feeling. You feel so happy and good feelings are rushing through your body,” she said.

But after that, she had chased that feeling of that first high and was quickly addicted to the powerful drug. Five years of her life crumbling, she needed a way out. It was the hardest transition for her to make but is a decision that she has no regrets.

“Since then, I have all my ambition back,” she said. “When I got clean, the first person I called was my old drug counsellor from high school. He actually asked me to go around to talk to students at high schools. I started doing that…now it’s a snowballed effect. I have all these people who want me to come [share] my story.”

Newby-Vermette had joined the newly formed Crystal Clear support group in Regina this past November but was hesitant at first.

“I don’t know if it was my pride that I didn’t want to go to those kinds of meetings, it wasn’t my thing,” she said. “But I wanted to get involved so I decided that I’d go to a meeting and I’m so happy I went…it’s a real good support group. I can’t stop talking about it.”

Newby-Vermette is currently a manager at KFC in Regina and is also enrolled for school to study nursing.

She encourages others who are struggling with a crystal meth addiction to seek support groups after you admit that you have a problem.

“Get the help that you need and move on with your life from there,” she said.

She also hopes can educate themselves on the addiction to crystal meth to break to stigma so others can understand.

“What people don’t understand it’s a sickness, they look down on the person right away,” she said. “There’s usually a reason people turn to drugs. There’s something they are trying to numb so it’s better to understand that on why people use.”