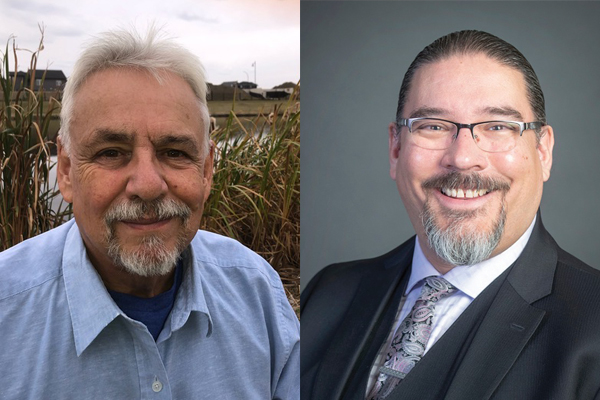 Political candidates across the province are readying their platforms and knocking on doors as municipal elections take place this October. Eagle Feather News spoke with Indigenous candidates running for city council in Regina, Saskatoon, and Prince Albert (coincidentally, all in Ward 3s) on how they hope to provide change in their home community. There were no Indigenous candidates in Yorkton or North Battleford.

Lifelong resident of Regina, and member of Carry the Kettle Nakoda Nation, Elmer Eashappie has long planned to run for city council in his hometown, which he said lacks Indigenous participation in civic leadership.

“One of the challenges in Regina is that our voice is not really heard at the city council level. I want to be that change,” said Eashappie.

Eashappie’s background includes serving on the board of directors at Canadian Western Agribition and as an Aboriginal Cultural Advisor to newspapers and other companies. He is perhaps most proud of the role he played in helping Regina, in 2011, become the first city in Canada to raise a First Nations flag at a city hall.

What sets Eashappie apart from many candidates is his first-hand experience dealing with some difficult issues that afflict many people.

At the time of writing this article, Eashappie said he will form his platform by asking residents of Ward 3 for their top five civic concerns. Poverty, addiction, economic development, and mental wellness are the issues he’s most passionate about.

He said a city councillor is like the CEO of a company, and the residents are like shareholders, and as such, he would provide a quarterly report to Ward 3.

“I want to be the reason (for more Indigenous people voting). I believe previously, Indigenous people didn’t (think they had) a reason to vote, they didn’t understand they had strength in numbers. If we get all Indigenous people together and vote as a block, we can make a lot of changes at all levels in society.”

“The thing that appeals to me about municipal politics is that you're making decisions that affect people right there in their homes. It's a very grassroots level process.”

Sicotte, of Cree/Metis heritage, has called Saskatoon home since 2002. He recently served as Board Chair at the Greater Saskatoon Chamber of Commerce, National Chair of Aboriginal Financial Officers Association, and is currently Indigenous Liaison with Aon insurance.

He has experience reviewing fiscal policy at provincial and municipal levels, and has seen the impacts leadership decisions can make in a community in the short and long term, he said.

“Indigenous people bring a perspective that the rest of mainstream society may overlook. When we’re going through a tough decision-making process, especially as it relates to environment or family, those are the guiding principles that move Indigenous people.”

Sicotte is most committed to reconciliation in two different streams.

The first stream, social reconciliation, includes measures like the naming of new buildings and streets, responses to the TRC Calls to Action, and calls to justice for Missing and Murdered Indigenous Women and Girls.

Of equal importance is economic reconciliation – recognizing that Indigenous communities are economically disadvantaged and taking action to rectify those obstacles.

“Indigenous people need the same economic prosperity that other citizens of Saskatoon enjoy as well. Part of that is building more inclusive and dynamic partnerships with Indigenous and First Nations businesses,” he said.

Sicotte is not short on plans for if he’s elected. His ideas include increasing community safety through a police-involved community-based approach; developing an economic strategy to provide jobs and in turn lower crime; increase vehicle access to the Parkridge area; building stronger relationships with community associations; and engaging with new Canadians in Ward 3.

“I’m so proud of how this city embraces diversity and looks into being more inclusive. That’s something I will continue to work towards because, in the end, that's how we become a better city.”

As a broadcast journalist, David Kirton has spent the better part of his life closely following Saskatoon civics. He now believes it's his time be involved from the inside.

“I've watched the machinations of city council, I've listened to the debates, I've followed them quite closely, even the committees as much as I can. I've watched the players over the years who really take administration to task, that's what I'm wanting to do... ask the right question. I think I can do that with the 43 years in broadcasting where I've been asking questions all the time,” he said.

Kirton, who is Metis, was born and raised in Saskatchewan, has taken a leave of absence from his job as host of Saskatchewan Afternoon with David Kirton on CKOM radio, so he can pursue a position on city council. He said he's been waiting to do it for 40 years, and will commit to it full-time, should he be elected.

“That means I'm going to be able to make calls, to return calls. People are saying there's a disconnect between Ward 3 and City Hall. I want to close that disconnect,” he said.

“I'm going to bring people together.”

In talking with people in Ward 3, very few mention the 'big ticket' items: the new library and the downtown arena, Kirton said. It's speeding and crime they talk about, so Kirton wants to implement a neighbourhood watch, with a city hall liaison. Rather than throwing another $20 million at the police and raising property taxes, a watch would keep taxes down and bring neighbourhoods together, he said.

Addressing speeding along main streets like Diefenbaker Dr. and McCormack Rd. is another priority, he said, where Ward 3 residents have complained about not feeling safe letting their children play in the front yard.

Kirton also wants to facilitate conversations about reconciliation at the neighbourhood level.

“We have a long, long way to go in terms of reconciliation,” he said.

“We need the side who says, 'why can't they just get over this', we need that side to listen to the other side, and it'll be my job to bring them together so they can have those conversations.”

Tony Head is no stranger to being a voice of the people. For the past nine years, Head has been working for the Canadian Union of Public Employees (CUPE). Before that, Head was a City of Prince Albert employee for eleven years, working in the water utilities department.

“I'm running to be a voice and a representative for my neighbours, fellow residents and community,” he said.

“Our politicians often forget the people who elected them. Being accessible to people is important ... we need to be inclusive so people feel there is a balanced perspective. I think our council has been lacking that for many terms,” he said.

His priorities include transparency and accountability in spending at city hall, community health and safety, and poverty.

He wants the city to invest in more programs and services to help the development of young people.

“In Ward 3, the incumbent has talked about gangs and poverty being an Indigenous issue. It’s a social issue. It’s not specific to First Nations or Metis youth. So, I want to look a programming to give people alternatives to have another option in life,” he said.