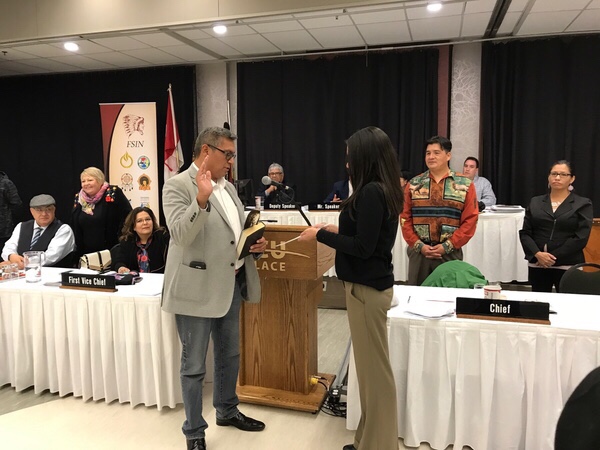 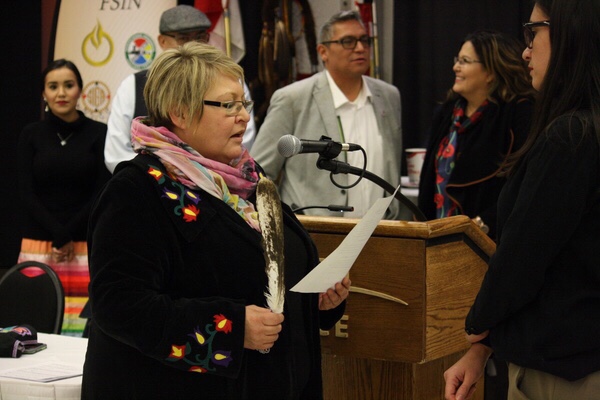 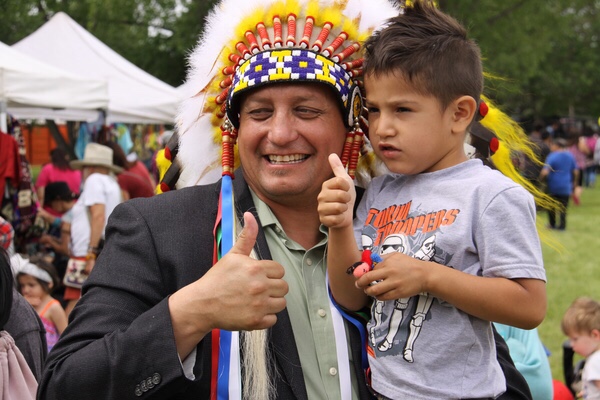 David Pratt was elected second vice-chief of FSIN, receiving 630 of 941 eligible votes. Pratt, from Muscowpetung First Nation, is an educator and activist, and will be a new face among the FSIN executive, taking the place of second vice-chief Robert Merasty, who did not seek re-election.

“I do not take the responsibility that was given to me today lightly. There are no losers today, we are all winners because we are advancing the rights of our people,” said Pratt following a swearing-in ceremony.

“I think the message resonated today with leadership in terms of the direction our organization needs to go. We'll have some hard discussions in the days (...) to come but I think we can reach the decisions that are going to take us forward,” he said.

In a tight race for fourth vice-Chief, incumbent Heather Bear was re-elected after receiving 358 votes. Bear, following her election in October 2014, was only the second woman to be elected to the executive council in FSIN history. A member of the Ochapowace First Nation, Bear was enthusiastic during her acceptance speech, promising to continue her work with education and youth.

“It is my vision, down the road, (children) would not have to go through what we go through today. The FSIN is the strongest organization in the country,” said Bear.

During her address, Bear also said she would focus on mandates including having full control of children on and off reserve, health reform, and a suicide prevention strategy.

FSIN Chief Bobby Cameron, following the swearing-in ceremony of Pratt and Bear, spoke on continuing to work on treaty advocacy with the newly elected members.

“We're just here for a little while. Let's pave that way, that good way built on inherent and treaty rights.”

Earlier in the week, Mark Arcand was elected Chief by delegates of the Saskatoon Tribal Council (STC), defeating Felix Thomas, who held the position for three consecutive terms. Arcand, a member of the Muskeg Lake Cree Nation, previously served the STC for two terms as vice-chief.

Arcand said the work and progress STC has made with communities will continue, and that it is their job, as an organization to serve the people.

“Our job is to out there and help communities build that capacity with whatever resources they need. Our staff will be out there to build policy, to build structure,” said Arcand. “We want to enhance that nation to nation relationship, we want to work for the people, and make the people a priority. That's our main focus.”