Making history by being the youngest chief to serve his community, the Chief of Cowessess First Nation is paving the way in his role as a leader. 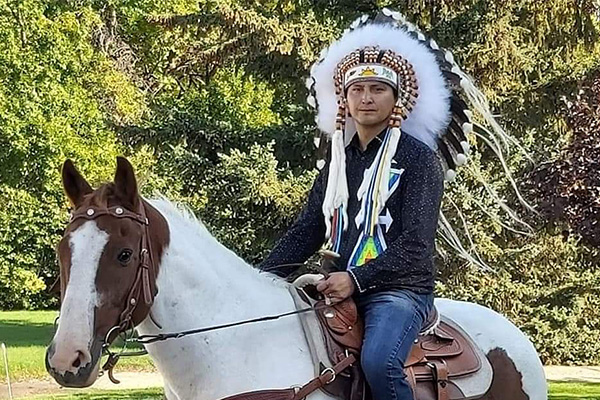 Cadmus Delorme was first elected as chief in 2016 and was re-elected this year to serve his community.

“It’s the biggest honour I have to date,” he said. “You lead your people with your heart and you make decisions with your mind with experience and consensus.”

Delorme said some of his community’s elders compliment his leadership as a breath of fresh air and just what his community needed to lead them into the direction they are going into.

“When I hear that, it really lifts me up knowing that and I’m really honoured in what I do,” he said.

Delorme follows the words from the elders in Cowessess and others who have made an impact in his life. He credits their wisdom has helped him to be the person he is today by respecting their words.

“One thing of the things that I know that is consistent on the advice I receive is ‘make sure the next generation does not have to endure what we did,’” he said.

Delorme recalls back when he was in Grade 12, the chief back then took him and another student to a chief’s assembly where he sat next to his chief. That moment made such a big impact on him at the time that he knew whatever he did with his life, he wanted to come home to help his people.

His journey after high school, Delorme excelled in the sport of golf. He competed in the province and nationally. His network increased incredibly where he became acquainted with a lot of people.

Delorme constantly worked and had eventually made it into university. Throughout his studies, he would think of how he would apply the education he learned to his community. When he completed his post-secondary education in business administration from the First Nations University of Canada in Regina and had also obtained a Certificate in Hospitality, Tourism, Gaming and Entertainment.

He continued on to receive his Master’s Degree in Public Administration from the University of Regina’s Johnson Shoyama School of Public Policy. It was decided then that he wanted to be the chief of his reserve one day. 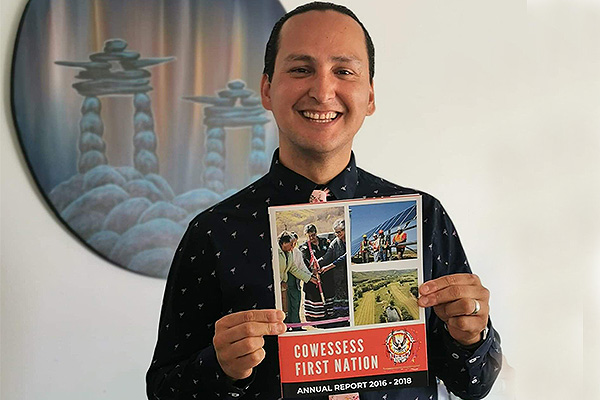 “To be a good leader, you got to have empathy. You got to be open to understanding the hurt and the experience that some of the people experienced,” he said. “You have to be a motivator and the energy in the room. You need to have the courage…and have the tools to make sure you make good choices. The last is to leap in to be a leader.”

Since his time as chief begun, Delorme along with his council members, have began construction on a new transition home for young girls in long term care with social services. Last October, Delorme announced the launch of a solar energy project which will generate 400 kilowatts of solar energy. Cowessess First Nation partnered with Sask. Polytech to create a new digital mapping project to help first emergency responders to locate reserves faster.

Earlier this spring, Delorme also announced a partnership with Regina’s Autism Resource Centre (ARC) to create a three-year project called the Building Block Program. This project will be based on ground-breaking research on exploring autism in Indigenous communities – a first of its kind in Canada. Last winter, Chief Delorme announced his community amongst others will look into regenerating Indigenous agriculture under a 10-year expansion plan.

Additionally, Delorme’s leadership announced earlier this summer that his community have partnered with the Roman Catholic Archdiocese of Regina to revitalize a gravesite on the First Nations community which is a $70,000 investment.

Although there are more accomplishments under Delorme’s belt as a leader, he hopes to continue to pave more opportunities for his community with the guidance of his council members.

Delorme credits his mom Charlotte and his late dad Bruce as being integral role models in his life. Cowessess First Nation band membership consists of 4,280 citizens and is located over 160 km east of Regina.