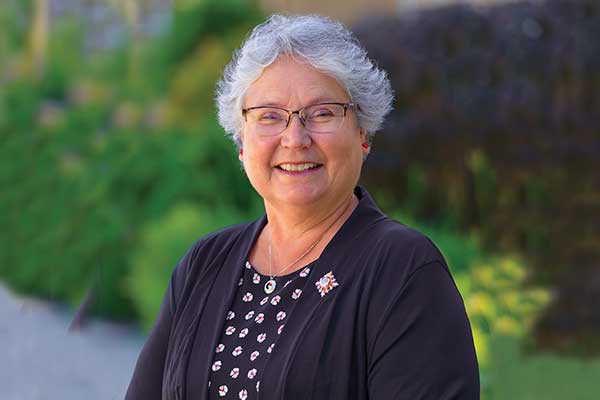 Her Honour Donna Mirasty is a woman of poise who is modest, family-oriented and is wholly supportive of her husband, Russ Mirasty who is Saskatchewan’s 23rd lieutenant governor.

Donna Mirasty was born and raised in Cumberland House in northern Saskatchewan. Her first language is Swampy Cree, which is the ‘n’ dialect. Her parents were Agnes and Pierre Carriere and she grew up with five brothers and two sisters.

“My parents had a traditional lifestyle of hunting, fishing, and trapping,” she said. “I was raised on duck, moose and all that.”

After completing high school, Mirasty went to Saskatoon to obtain an education in the Certified Nursing Assistant program, which is now called the Licensed Practical Nursing (LPN) program.

Forty some years ago, she met His Honour during her first job at Lac La Ronge Indian Band.

They got married in May of 1978 where they devoted their unconditional love for one another. Mirasty supported and followed her husband as the locations in his RCMP career changed a lot. With her education and training, she would manage to land a job as an LPN.

“My main focus when we got married, that this is my life…so my focus on both of us. When we had our children, I also focused on the kids. I always made sure my family was OK,” she said.

The Mirastys have two grown children, Jennifer and Matthew, and two grandchildren. The Mirastys were firm believers in education and strongly encouraged their children to obtain a higher education. Jennifer is a Registered Nurse and Matthew went into policing and is now working for the provincial government in justice.

It will mark one year in July that her husband took on the role as Saskatchewan’s first Indigenous lieutenant-governor. Mirasty recalls the thoughts and feelings she had when they first found out about the news.

“I thought ‘Wow! It’s going to be a real interesting adventure,’” she said. “I was looking forward to it.”

An installation ceremony for His Honour took place on September 12, 2019 in Regina. It was a monumental moment in history, one that the Mirastys will cherish forever.

“We were all so proud. I was so grateful that my family and Russ’s family were there,” she said. “My mother’s beadwork was worn [that day]. My grandson wore hair wrap-arounds and my nephew wore a beaded jacket. Little pieces of home were there and it was so nice and a proud moment.”

Mirasty wishes to share some advice with other women out there in honour of International Women’s Day.

“My mom and dad told me (to) be proud of who I was and where I came from. Try your best in whatever job you’re going to have,’” she said.