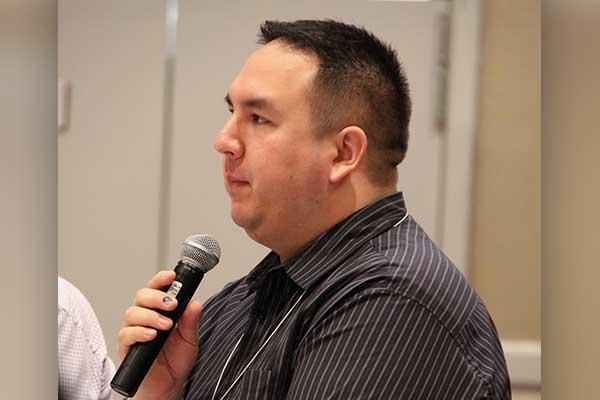 Nick Daigneault, Mayor of Beauval, has concerns about access to food for people in his community after the road closures interrupted delivery of groceries to Beauval. EFN file photo

As new cases of COVID-19 turn up in northern Saskatchewan, Metis Nation-Saskatchewan (MN-S) has focused its efforts there and has joined local community leaders and provincial authorities in a coordinated effort to contain the spread of the deadly coronavirus.

The MN-S is “gravely concerned” about the spread of COVID-19 to communities in the province’s north and is calling on all levels of government and stakeholders to come to the immediate assistance of residents.

“We need each other to be able to get the best plan forward in regards to keeping our people safe here in Saskatchewan,” said MN-S president Glen McCallum.

The MN-S declared a state of emergency in April and has added another $1 million specifically for the north, to about $20 million already dispersed in Saskatchewan, according to an MN-S news release.

“MN–S is providing more than $1 million to address the need for community monitoring, isolation units and food security in our Northern communities,” McCallum said in a news release.

“We have the incident command center in Beauval and perimeters so there’s a lot of dollars attached to that. Monitoring the perimeter alone probably will cost over half a million dollars from Metis Nation,” he said.

Those supports are in addition to the direct support to citizens for childcare and housing that MN–S has been providing, including funds specifically for elders’ medication, food and other needs, he said.

“It’s a little tougher in Northern Saskatchewan, when accessibility to PPE or hospitals is , we spend a lot more in that area because of the isolation,” McCallum said.

“We need to work together to get out in front of this crisis and provide additional capacity, not only for those affected by the crisis today, but for the anticipated surge in the outbreak in the North in the coming weeks.”

McCallum has not ruled out calling on the Red Cross and other emergency response units for field operations.

“This is now becoming a humanitarian issue,” he said.

While McCallum recognizes that much is being done to protect the people of the north, there have already been tragic losses, he said.

“I am not satisfied in regards to the people lost to the virus and the ones that are suffering and being affected by the virus. That part is the sad part,” he said.

The Federation of Sovereign Indigenous Nations has also called on the provincial government for full First Nations and Metis inclusion in decision making that affects their communities during the pandemic.

“If the border closures and monitoring started weeks ago, our North wouldn’t be in the fight of their lives to stop the numerous outbreaks. Our leaders must be at the table with the Provincial Government. We must have a unified line of defense against this invisible enemy and the longer it takes to establish this; the more lives remain in danger of COVID-19,” FSIN Chief Bobby Cameron said in a news release.