In the film Pay It Forward, Trevor McKinney does his class project for seventh grade social studies on the premise of doing a good deed for someone for no altruistic reason with the hope they pass on the kindness.

This is the philosophy Archie Weenie of Open Sky Retreat lives by.

He founded Open Sky Retreat in 2007 on the simple premises of helping people. 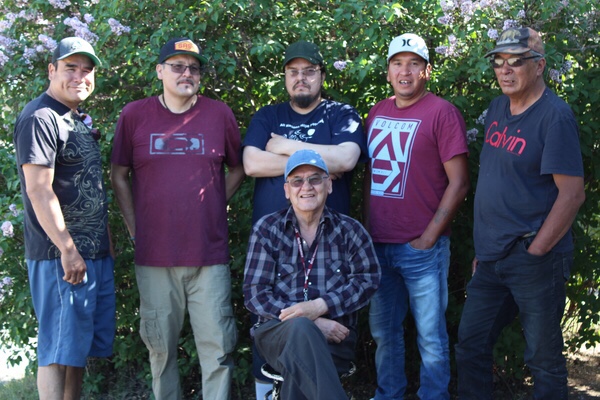 The Open Sky Retreat has helped many people throughout the years. Elder Weenie has his usual flock of helpers who tend to him for cultural ceremonies or if they need an elder to talk to. (L-R: Dale Henderson, Curtis Weenie, Charlie Weenie, Trevor Cozart, John Anderson and elder Archie Weenie.) Photo by Jeanelle Mandes.

“We realized that a lot of people needed help,” said Weenie. “When your identity is taken away, you are more or less trying to adapt to something that you weren’t born with.”

The Open Sky Retreat, which is open to everyone, provides guidance and healing medicines according to traditional First Nations teachings.

“I work with all nationalities that have come for help, and it’s a blessing. I feel blessed when I see that,” he said. “When people seek help, the problem stems from somewhere…so we look at those people who are willing to deal with those to free themselves of burdens like that to become a better person.”

Weenie, who has lived through abuse himself, is a certified addictions counsellor, so he has a unique way of helping those who come to the retreat.

“I know how it feels when you are hurting so when someone is seeking help I’m here. Sometimes they can’t find that out there because you have to be clean…before you are accepted,” he said.

“There is so many teachings we lost, and I try to provide that,” said Weenie. 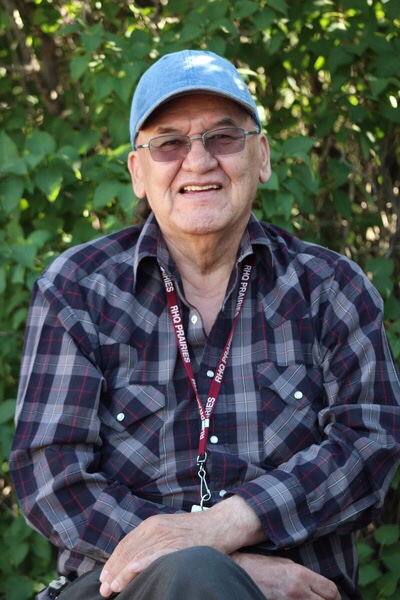 Counselling services can be provided in a one-on-one, family, or crisis counselling session among others.

Weenie also works at Wascana Centre, which is a halfway house for those integrating back into society.

“It’s sad how the system is. I’m not trying to put anything down because I work for the system but my work is for the residence. So, they know there is hope, that they can be free,” said Weenie.

It’s been four years since Dale Henderson has met Weenie. He said if it wasn’t for the elder’s cultural guidance, he wouldn’t know where he would be.

“He’s helping me to become more aware of my cultural background,” said Henderson from Manitoba. “Knowing that there’s something more divine than our human life. What the elder has taught me is to use my gift to be a helper.”

Henderson helps Weenie prepare various cultural ceremonies around the city. Even when Weenie is not in need of assistance, Henderson is always visiting the elder at his home in Regina.

It’s the same feeling that John Anderson has towards Weenie. Anderson has been attending Weenie’s sweats for five years now. He owes the current stability in his life to the elder who has been very influential.

“He has helped me a lot. The eases down my anger,” said Anderson. “I was a very angry man before…but after going to his sweats, I felt like I needed something to look up to. That’s why I go and I will always continue going.”

At this time Weenie is unsure exactly how many people have went through the program as he worked all over Canada. But he continues to open his doors for those who need help.