Volunteers from Métis Nation-Saskatchewan Region III helped load and unload trucks of provisions for distribution to families across the northwest. Photo supplied

A partnership between the Metis Nation – Saskatchewan (MN-S) and the Meadow Lake Tribal Council (MLTC) has yielded a wide range of supports in health services for Indigenous people in the North, the impacts of which may be immeasurable.

“Working together, we've made a difference. Not to be overly dramatic, but I truly believe we've saved lives,” said Richard Quintal, CEO of the MN-S.

“We estimate over $800,000 of food delivered in May and June and over 3000 food hampers since June. As part of the dedicated food security effort in May and June food was distributed to 21 communities,” Quintal said.

In July, to create food security for vulnerable communities, the organizations announced they would distribute enough food for every household in the northwest for two months.

“That was also to help suppress travel around going to grocery stores, trying to keep people home. In a lot of cases it made quite the difference,” Quintal said.

Similar widespread support is possible if needed in the future, but in the last several months the support has been more directly focused where needed, he said.

For example, families or individuals who contracted COVID-19 and were unable to isolate at home were provided with isolation units, said Quintal. The MN-S and MLTC had about 50 mobile trailers brought to various communities for isolation accommodation during the warmer weather. Hotels are being used in the cold weather. They’ve also created an isolation camp and a homeless shelter in La Loche.

“Since the beginning of our efforts, the NICC has supported hundreds of individuals with accommodation in hotels, community halls, and other venues,” he said.

The partners have also provided medical supplies and PPE and paid for securing community perimeters.

The success of the response isn't without its continued challenges. Supply distribution and check points were a challenge, Quintal said. 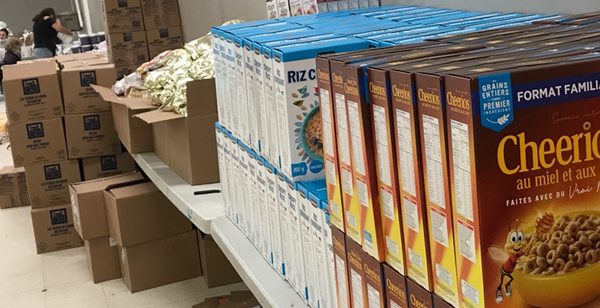 Housing shortages continue to be an issue compounded by the pandemic, which has led to discussions about the possibility of constructing tiny homes, he said.

“The first wave was really scary. The entire world didn't know what to expect (but) things have evolved. The supply chains are up and active, there's no longer shortages of things like toilet paper and sanitizer. But we still have to adapt as things change. The success in all this has been the communication piece.”

Closing in on a year of the pandemic being a critical issue in Saskatchewan, Gordon Iron, CEO of MLTC said the biggest concern going forward is the mental health of northern citizens.

“It's my biggest concern. Having these restrictions that are required and necessary to stop the spread of COVID-19, it really is difficult for individuals forced to stay home or in their bubble... mental health is a serious issue that we're addressing.”

Iron said they recently received funding from the federal government to purchase four trailers, each of which will have two compartments to accommodate mental health therapists. These trailers will then be brought to communities around the north.

The newest challenge is the vaccination rollout, both in education and its application, which has been decidedly more delayed than expected.

“There is a bit of a concern (with the vaccine rollout). It's panic mode. The province has been rolling it out the way they see it. I think they could've collaborated more with the nations,” said Iron.

Iron noted the reluctance some Indigenous people feel about using vaccines goes back to the 1930s, when the government did Tuberculosis testing on reserves in the Qu’Appelle.

“So there's a fear there. We have to work to bring this forward, to educate our people that this is how we're going to get through this. We have to make sure everyone believes in it.”