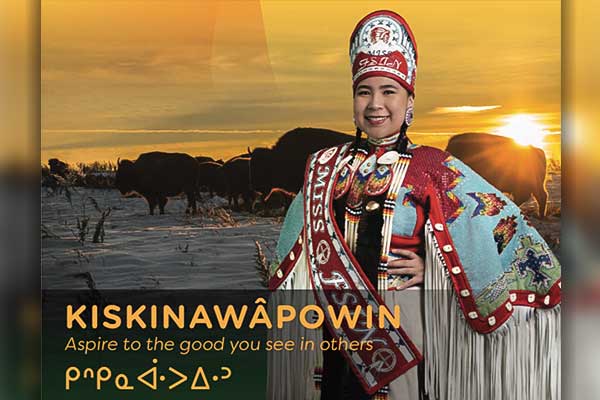 Eighteen of the province’s most influential and groundbreaking leaders are being honoured in the Federation of Sovereign Indigenous Nations’ (FSIN) Role Model calendar.

The two-year calendar, which features photos, quotes, and bios of the eighteen Indigenous influencers, will be distributed to the 74 First Nations in Saskatchewan. FSIN Vice-Chief David Pratt said he hopes the calendar provides direct motivation for young people to chase after their dreams.

“This is something we decided to do because we see far too often negative stories of First Nations people. We wanted to start to showcase the success stories of people who have overcome tremendous barriers,” Pratt said.

“We wanted to give our young people hope. If they see that someone else can break those barriers and go forward to be successful, they can do it too.”

“One of the underlying messages is that not one of these people did it alone. Every single person that is successful did so because someone encouraged them, someone believed in them, someone pushed them,” said Pratt.

Athletes Ethan Bear and Brigette Lacquette were selected because of the determination and sacrifice it took them to reach the highest level of athletics, while academics and professionals like Shannon Davis and Bonita Beatty were chosen to illustrate the wealth of possibilities that education gives young people.

Pratt also highlighted Judge Morin, calling him a trailblazer in the justice system.

During an online launch of the calendar, Judge Morin spoke about how he always wanted to hold himself accountable to his community.

“I always tried to live my life from the point of view that it wasn't only me who I'd hurt if I did something wrong in terms of what I wanted to achieve,” said Morin. “That's always been a guiding light for me, understanding that I'm not important as a person, but what I do as a person is important because it affects many lives.”