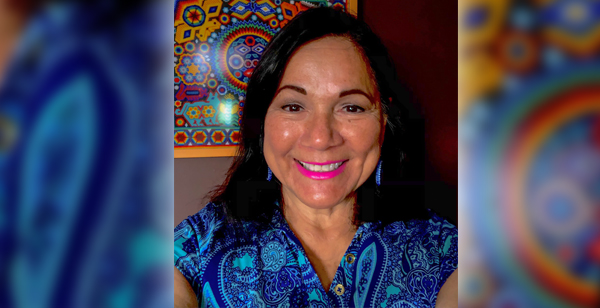 After years spent on an organ donation waiting list, and countless hours undergoing treatment before finally receiving her kidney transplant, Monica Goulet and a network of advocates are urging for better supports for Indigenous people in Saskatchewan awaiting critical care.

“There needs to be better supports right at the outset. There's a huge need for patient advocates to help guide people through this process,” said Goulet.

Goulet, an Indigenous Relations Consultant for the Saskatoon Police Service, and member of Cumberland House Cree Nation, was born with a defective kidney. In 2011 she was diagnosed with kidney disease, and in 2015, she was put on a wait list for a kidney transplant but was removed twice due to her poor health.

Then, in 2019, after years of possible kidney match rejections, she found a donor – her nephew, Jimmy Searson. By the time Goulet had her operation on March 26, she was undergoing four-hour hemodialysis sessions three times a week, had been taken to emergency five times, and was close to death as her kidney was functioning at less than five percent.

“I had been rejected so many times, so when it finally came to fruition, I had a hard time believing it,” she said.

“I don't even think I can express in words how magnificent that gift is to me, in terms of the fact that I still get to be here.”

While recovering, Goulet became a member of the First Nation Organ Donation and Transplantation Network – a team, led by Métis Dr. Caroline Tait, of elders, patients, students, and professionals specializing in health disparities between Indigenous and non-Indigenous populations.

“There needs to be a better flow of communication, and more education in terms of preparing you when you have kidney disease to know what your options are,” said Goulet.

“One thing they don't tell you is how very easy it is to become depressed with a chronic disease.”

One of the shocking things that Goulet learned during her transplant journey is that patients called to the hospital to undergo a transplant may not actually receive an organ donation, as doctors will call several candidates to the hospital, at which point they then choose the 'best' match. It is an extremely dispiriting experience after waiting years for a donor, said Goulet, and one that patients should be made aware of.

It's also an experience often suffered by Indigenous people. Individuals in need of care often must travel multiple hours, many times a week to a larger centre to receive critical care. And a 2016 audit found that Indigenous people account for 50 percent of people with kidney disease yet only receive 15 percent of kidney transplants.

“Through this whole journey there's not a lot of transparency of who gets a transplant,” she said.

“The biggest need for transplant surgery is in the Indigenous population. We have higher rates of diabetes, of high blood pressure, and of metabolic syndrome. Particularly in the north, people are at a disadvantage.”

With the Network, Goulet said she hopes to work more with individuals needing guidance and support as they navigate their own organ transplant journey, as well as advocate for increased supports in smaller communities. Saskatchewan has only two transplant coordinators in the province, none of which are in the north – a deficiency Goulet said needs to change.

“We need to advocate for structural, systemic change so that healthcare is more accessible. If we can identify the issue with (individuals who have first hand experience), then we can come up with solutions. And I would say open and honest communication is an important first step.”

A short video on Goulet's kidney transplant journey can be seen here:
"https://www.youtube.com/watch?v=7nE-cLqvPew"