Challenging the conversation around FASD 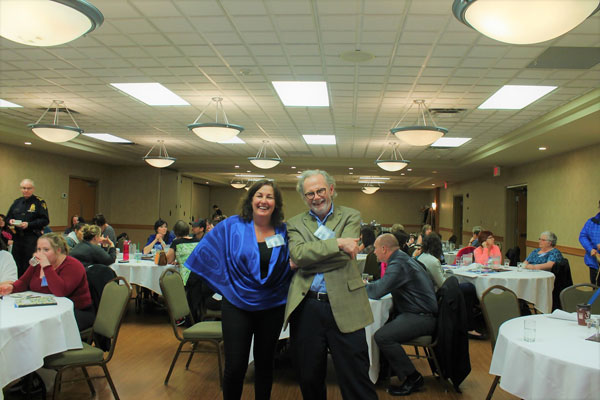 “My mind is like a filing cabinet but no one alphabetized the thing” is a phrase that welcomes you to the complex world of Fetal Alcohol Spectrum Disorder (FASD).

Shana Mohr, Training coordinator at FASD Network, said there is still a lot of misinformation about FASD.

“The racial problem in the view of FASD in this country is still prevalent,” Mohr said.

Peter Choate, a registered social worker and member of the Clinical Registry, stated there is an urgency to get away from race based FASD because if we stay on race as the topic, we will target community where we think race is the issue. “Race is not the issue”.

“There is a bias that FASD most influences the Aboriginal population, but research actually indicates, it is young university women. Women who engage in social drinking,” Choate said.

Choate said the perpetuation of stigma rests solely on the mother, while the perpetuators of FASD are actually the males, but they are given an out.

Choate asks, why are the men being excluded from this conversation? Go to a man and have a conversation about casual sex, whose sperm is coming into the equation.

“Denial is huge, when it comes to educating young university women and men about alcohol,” Choate said.

He said there needs to be a conversation with these people and there is a general ineffectiveness of success in preventing FASD, because we are not reaching the right people.

“I have seen the enemy and it is us [referring to the front line workers],” Choate said, noting we are the ones most in need of changing the conversation.

Choate said young men need to be shown what respect for a woman looks like.

He also said poverty and addiction play a big part in the world creating people living with FASD.

“We need to help them as humans who seek support without shame, stigma, or condemnation."

He said that frontline workers need to build relationships before and after rehab, or it just won’t work; there will be relapses because rehabilitation is a step in recovery, not a solution.

“What front line workers need to do is to build relationships with the people that need that help,” Choate said.

Choate strongly suggested to challenge policy makers who act as barriers to support.

He said that people living with addiction need to have a purpose and for front line workers to help find that in their lives, or else there’s no reason to be sober.

“My challenge, my hope is for you to have a conversation with somebody who would not normally have that conversation.”