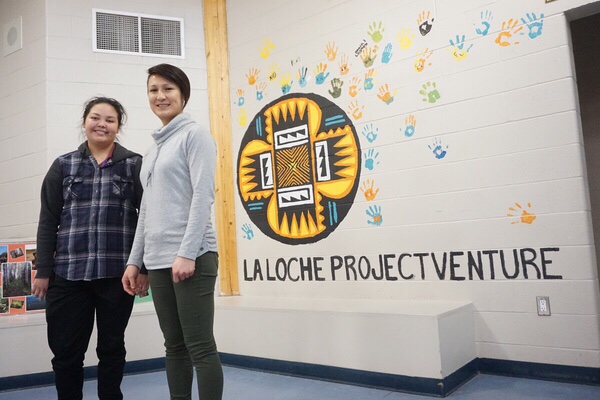 There’s something about the memory of seeing a young girl joyfully rolling around in the grass after a hike last summer, that makes La Loche’s Mandy Herman emotional.

Herman takes kids out hiking, snowshoeing and camping all the time through her work as manager of Clearwater Project Venture, a youth wellness and crime prevention project in La Loche. It’s moments like this, seeing a girl be “her own self” completely in her element after a hike, that are touching for Herman. She said the program does play a role in transforming the Grade 6, 7, and 8 kids she works with.

“You see a difference in the students once they’re outside in nature rather than they’re in school, they’re like two different people,” Herman said.

Herman returned to La Loche two years ago after getting her business administration certificate, finding work in the Alberta oilfields, and finding a passion for baking while taking an apprenticeship program in Calgary. Upon her return home the federal government announced it was reinstating $2.2 million in funding for Project Venture, which had been cancelled by the previous government, as part of its response to the La Loche mass shooting. Herman saw the job as a chance to give back to her community.

Now she, along with four youth workers and several dozen high school mentors, spend time both in the classroom and out in nature with kids. The focus is on reaching out to a core group of about 25 students who could use positive activity in their lives.

“For me, it would be the students that have very minimal supports in their lives and someone to look up to, to kind of lead them towards a positive life,” Herman explained. 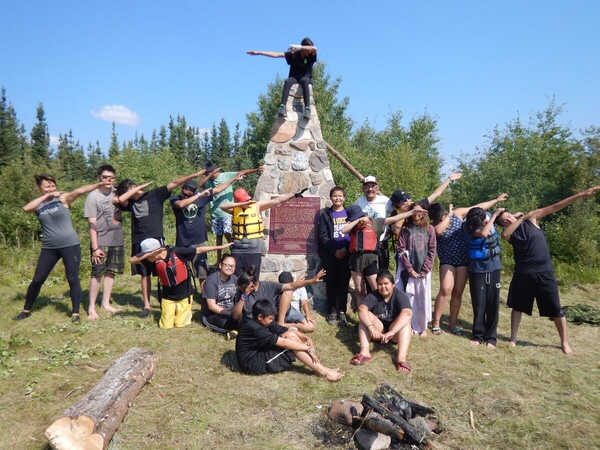 The Project Venture crew on a hike in the summer of 2017. Photo submitted by Mandy Herman.

So far, they’ve seen success, particularly with a group of three boys who had previously been troublemakers.

“These kids went from swearing at other kids, teasing other kids, to swearing at teachers and now one of them, like the leader of that pack is now leading sessions,” Herman said. “If they’re leading other kids to do negative things there’s already a leader in them so to turn it into a positive, that’s what we did.”

Youth worker Korey Laprise is a former Project Venture student who, in her final year of high school, worked on the advisory committee to help bring the program back. She said she used to be a shy student who only got involved in volunteering at the end of high school. In her new role, she is trying to draw kids out of their shells.

“They just want encouragement,” she said. “They are leaders. I believe each and every one of the kids in the program, they’re leaders. Just they just need to allow themselves to be those leaders.”

She helps them by holding them accountable to their responsibilities, but also by helping them believe in themselves.

“You’ll be surprised what these kids can come up with. They are dreamers. They dream big so and it's the sky’s the limit. They can reach wherever they want. They could be anything they want to be.”

Project Venture just marked its one-year anniversary after starting up again in Feb. 2017.