Every year, on August 10th, in memory of all the men and women who have died in prison, prisoners across Canada mark the day by fasting, holding sharing circles, singing and drumming, demonstrating, and refusing to work or go to school. They also call for prison justice through education, peace vigils and awareness campaigns. The Elizabeth Fry Society of Saskatchewan remembers all the people who have died in prison and we call for prison justice on this day. We think of those who died in prison, of their families and loved ones and extend our deepest sympathies to them.

On this day we ask ourselves: what should prison justice look like? We believe that one move toward prison justice must mean ending the state sanctioned sexual violence of strip searching within our prisons. For years, we’ve heard women in prison describe the damaging psychological, emotional, and physical impacts that strip searching has had on them. The experience is especially distressing and traumatizing for any woman who has experienced sexual violence in her past. Women are subjected to strip searches throughout their carceral experience. A woman can be near release, low security, with no history or evidence of smuggling contraband and she will still be routinely strip-searched. Women are strip-searched after family visits and trips to community to attend church, programs, and cultural ceremonies.

One young woman recently shared her experience of strip searching. She was participating in a four-day Sundance ceremony in the community while serving her federal sentence. During those four days, she was always within eyesight and arm’s reach of a corrections staff member. When she returned to the institution after the ceremony, she was strip-searched. Because she was in full ceremonial outfit, this involved taking off the eagle feathers on her head, undoing her braids and shaking out her hair. She had to take off her moccasins where her sage sat, then take off her socks. She took off her Sundance dress as she was required to do, and she was strip searched by institutional staff.

This young woman was coming back from participating in one of the most important religious ceremonies for her as an Indigenous woman, yet she still was subjected to a strip search. She told us even being in ceremony, on a healing path, was not enough to prevent her from being strip-searched. She told us “they were still able to take me down, take away my dignity, they showed me no respect and reminded me that I am just a number to them.” As her story tells us, no strip-search will ever just be “routine” for the women who are subjected to them.

Strip searching routinely involves a woman taking off her bra, lifting her breasts and spinning around in a circle. Then, after putting her bra back on, she must remove her underwear, spread her legs, turn around, bend over and/or cough three times. If this process reads as unpleasant or degrading, it’s because it is. Yet it is the reality for all women in Canadian prisons.

As part of their Calls for Justice, the Inquiry into Missing and Murdered Indigenous Women and Girls called on Correctional Service Canada to eliminate the practice of strip searching (14.13). We echo their call. Creating more just communities means ending practices such as strip searching that strip away an individual’s self-worth, dignity and respect and re-traumatizes women who experienced abuse prior to incarceration.

Although correctional authorities claim that strip searching is required to ensure that contraband does not enter the institution, there is evidence that clearly shows that it is an ineffective means of recovering contraband. A study in Australia found that in 18,888 strip searches performed on 200 women over a 1-year period, only 1 item of contraband was found (McCulloch and George, 2009). Rule 20 of the United Nations Rules for the Treatment of Women Prisoners states that: “alternative screening methods, such as scans, shall be developed to replace strip searches and invasive body searches.”

There are better, less harmful ways of preventing illicit goods into prisons. The question is when we will choose to use them, and why has it taken us so long.

Submitted on behalf of the Elizabeth Fry Society of Saskatchewan. Thanks to all the women who’ve shared their experiences with us, and to Meagan Young for sharing her experience with us and granting us the permission to share it with others.

If I could change 1 thing in prison it would be… 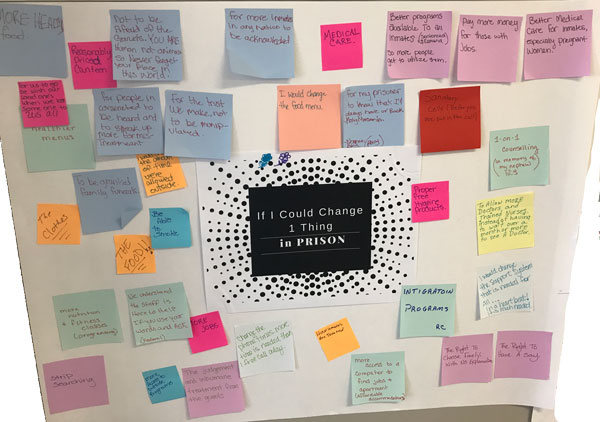 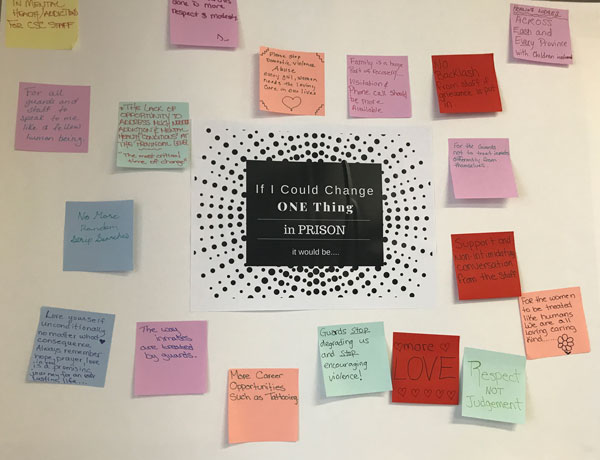 If there was one thing I could tell my community about women in prison it would be…. 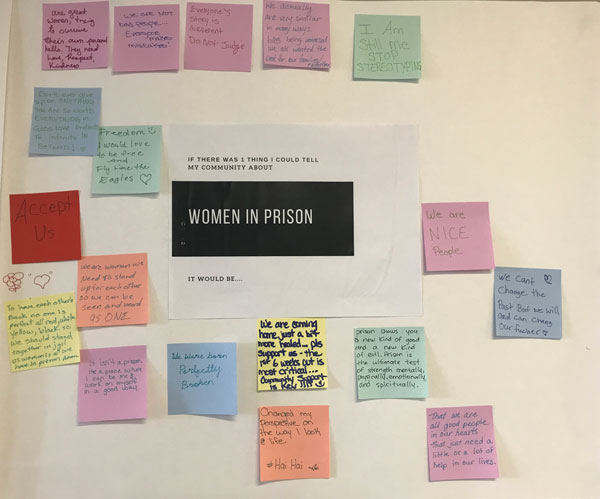 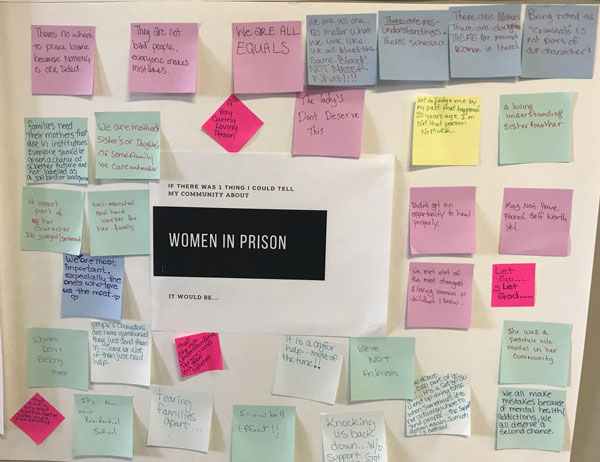