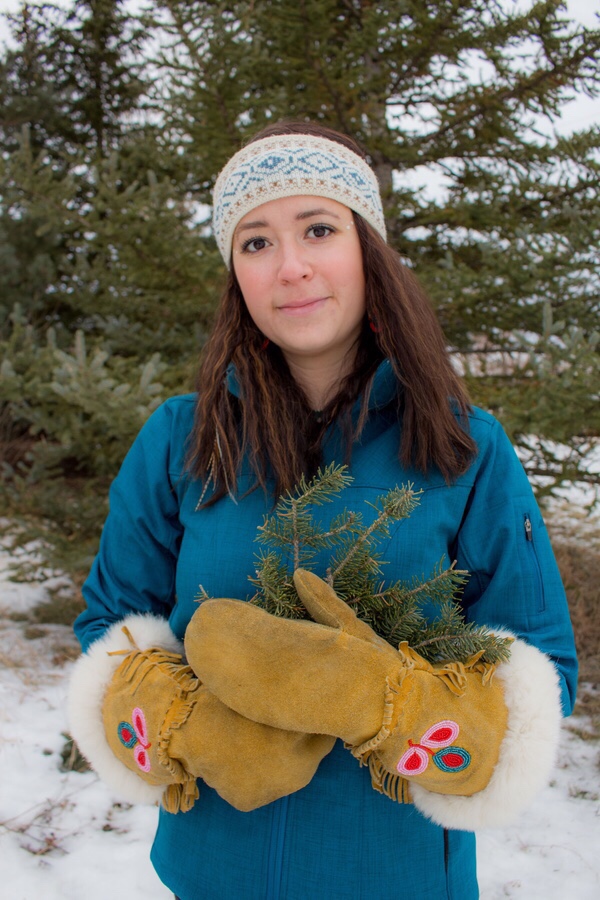 Michela Carriere won first place in the AYIC business competition for her company called Aski Holistac Adventures where she will be offering retreats on a northern Saskatchewan trapline. Photo submitted by Michela Carriere.

A dream that started six years ago to create a retreat in a northern community inspired by her parents’ trapline will soon become a reality. After winning first place in the Aboriginal Youth Idea Challenge (AYIC) contest, Michela Carriere is excited to launch her business Aski Holistac Adventures this summer in northern Saskatchewan.

“It was the highlight of my life winning the competition,” said Carriere. “I finally got to tell my story and idea to a whole crowd of people. People are responding to it and it felt like validation to all the hard work I’m doing.”

Six years ago, Carriere went through a cycle of mental problems including depression and anxiety, so she decided to return home to her parents’ trapline which is situated 60km from Cumberland House. She began to heal herself through traditional medicines, hunting, trapping, canoeing and being surrounded by mother nature. Her parents own a hunting lodge called Big Eddy lodge – a place where she grew up and became familiar with the hunting tourism business with her role as an adventure guide.

Carriere identifies herself as a medicine woman-in-training as she learned a process called holistic healing and nature therapy upon her return. That is when the idea was born to create the Aski Holistac Adventures business based on the land to connect people with nature through holistic eco-therapy retreats. She plans to open her six-day retreat in June where people will learn how to heal using traditional medicines, enjoy camping outdoors, canoeing, hiking, and biking.

“It’s been a passion of mine to show people the way that I grew up,” she said. “The main part of the business is taking people out on the land and teaching them how to reconnect with nature and Cree culture as well.”

Carriere started taking business classes last year and began her business plan, marketing and branding that led up to the competition a few weeks ago. She already registered her business and created social media pages and will be receiving First Aid training. With part of her $6,000 winnings, she bought a tipi to use when her retreats start in a few months time.

“Now my business is going to take off,” she said. “I’ve already have customers lined up this summer to do the retreats.”

The cost for the six-day retreat is $1,775 per person during seasonal months. She plans to target an international market of worldwide travellers and hopes to have a fully funded retreat for people in need but cannot access the funds.

Winners of the AYIC business competition were announced last month at a gala held in Saskatoon. The second-place winner went to Linklater House business and Eagle Feather Box Co. came in third.

“Congratulations to the 2018 AYIC winners!” said Enactus University of Saskatchewan President Dani Nichols in a media release. “Thank you for the Enactus board and AYIC committee for their outstanding volunteer work.”