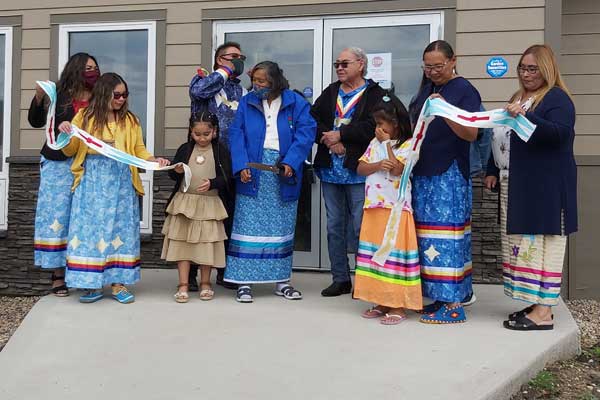 “We’re really honoured to have that name [chosen]. He was a longstanding leader in our community and to leave a legacy and to remember his good work he did for our communities in general,” said Sharidy Desnomie, Director of Kihew Kawaskasit Star Blanket Health Services Centre, which opened officially on August 14.

Star Blanket Cree Nation Chief Michael Starr says it’s an honour to host the facility on his community to bring all the surrounding communities to heal and grow together in a good way.

“We feel it will bring better programs for our people, that’s how we look at it with this facility,” said Chief Starr.

He added his community has suffered a number of tragedies within the past few years where band members took their own lives.

“Our hearts are still healing,” he said. “This facility will help this process and it will bring our families together and enhance their mental health. That’s the work we need to do and continue to do.”

The previous health centre was smaller and the band administration knew they needed a bigger space for extra programming to serve its community members. It took three years to build the facility and they received $800,000 from Health Canada.

“Our hope for this centre is to provide some level of primary health care services here,” said Desnomie. The centre will serve the communities of File Hills, including Star Blanket, Little Black Bear First Nation, Peepeekisis First Nation and Okanese First Nation.