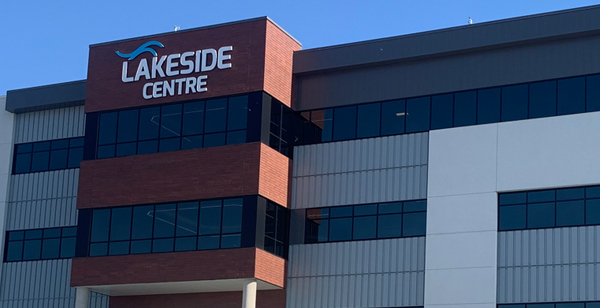 “We created a beautiful, functional health care facility that’s a joy to work in and provides medical care to hundreds of people every day. People from all walks of life, and all backgrounds,” said Dr. William (Bill) Haver, founder of the Lakeside Medical Clinic.

“There’s no limitations on the people that we can treat here,” he said.

The Lakeside Medical Clinic has been providing primary healthcare in Saskatoon since 1981, with locations previously on Acadia Drive and College Park Drive.

According to Haver, about five years ago the clinic needed to address their physical space issues, which led them to construct a new and better facility that enabled them to work with those who have different specific needs.

After forming a relationship with Muskeg Lake, their new medical facility opened in August 2020.

“This building was designed, built, opened, and is operating during a global pandemic, that still continues,” said Haver. “We had to face some huge hurdles.”

Perhaps most importantly, the clinic is located on Canada’s first-ever urban reserve. 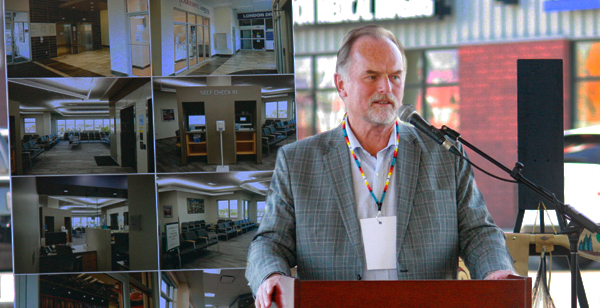 “Thirty-four years ago, the anniversary of the first urban reserve was a really important step in reconciliation. It happened right here on this territory,” said Saskatoon Mayor Charlie Clark.

Since the facility opened, Clark said he and his family have personally used it for accessing healthcare.

He said the vision, years ago, from the leaders at Muskeg Lake enabled developments like this to occur.

“When this building was coming up, Harry Lafond (former Chief of Muskeg Lake Cree Nation) said at the time, ‘People could’ve decided not to do this. They could’ve found a thousand reasons not to sign an urban reserve agreement ... but they chose to see strength in one another.’ I’ve thought about that a lot,” said Clark.

“By seeing each other’s strengths, we can do so much better than what we’re doing on our own. And the result of that vision, of that partnership, of that risk-taking, that willingness to try something new – now we have this beautiful medical clinic here,” he said.

Clark said cities across Canada continue to phone his office, as well as Muskeg Lake and Lafond, to find out how they accomplished what they now have at Muskeg Lake urban reserve.

Going forward, leaders from Muskeg Lake said they still have vacant land that will continue to be filled up by more projects.