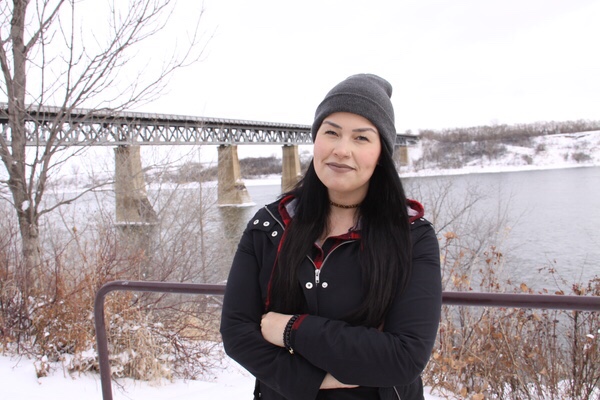 As a paramedic, Shawna Arcand is used to taking care of others. But one day after a shift she realized that as an Emergency Medical Service (EMS) worker that she needed to be healthy to help promote a healthy lifestyle for the community.

Born and raised in Saskatoon and a single mother to three boys, Arcand, 27, had always been up and down in her weight. At the time, the Big River First Nation member was not in the best of health. And she wasn’t feeling good about herself.

Determined to make change, although she works a lot she made the time to go to the gym four to five times a week. She began to eat healthier foods and ensured she incorporated protein in her diet. With exercise and eating well, she lost 60 pounds in a matter of 10 months. It’s a lifestyle change that not only helped her lose weight but she started to feel better about herself.

“I’m just a happier person in general…I was able to be active with my kids,” said Arcand. “Sometimes it’s hard to eat properly but…I don’t deprive myself, it’s more in moderation. It’s something that I started when I got into this career.”

Arcand received her education in 2012 from Saskatchewan Polytechnic and currently works in St. Walburg with Marshall’s Ambulance Care as a primary care paramedic. She said the job is unpredictable and she likes the adrenaline of it.

“When it comes down to it, [I’m] helping people,” Arcand said. “When we’re doing transfers to the city, I’m in the back of the ambulance with the person. You have to talk to them and I’m a people person so that’s what I like about it.”

Arcand used to work up north from Beauval to La Loche in this field where she recalled most EMS workers were Indigenous. But coming down south, the Indigenous representation of EMS workers starts to dwindle, she said.

Arcand also works in a Saskatoon detox centre and said there were times she heard comments about her being Indigenous but she brushed it off. Instead, she focused on working with the people she was helping.

Arcand said as a paramedic it’s usually hard dealing with the family rather than the patient by addressing their concerns. But her biggest challenge she faces is being a parent and balancing her career as she sacrifices certain milestones in her children’s lives.

“I’ve missed Christmas concerts and certain activities. I have to rely on my family to take on certain roles that I should be doing,” she said.

Arcand said her family is her support system by tending to her children when she’s gone for work. Being a paramedic is a passion that she loves but will possibly looking to change her career if she’s accepted to study nursing. She said for those who want to pursue a career in EMS and achieve a healthy lifestyle, you have to exercise and feed your body good food and if you’re passionate about helping people then a career in EMS could be for you.

“If you want to do it, just do it. But always remember to take care of yourself. At the end of the day, your family is going to be there for you, not your job,” said Arcand. “Don’t be critical on yourself. If you have a bad day or a bad week, don’t stop from picking yourself up.”