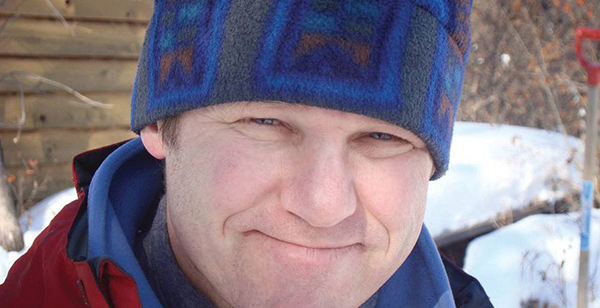 James Daschuck, author of Clearing the Plains: disease, politics of starvation, and the loss of Aboriginal life. Photo submitted

Who would have thought that inoculation with smallpox scabs was once used to provide protection against dying from that horrible disease?

James Daschuk, the Regina-based historian who wrote the 2013 multiple award-winning book, Clearing the Plains: disease, politics of starvation and the loss of Aboriginal life, told the story in a recent interview with Eagle Feather News, of a Hudson’s Bay Company fur trader in 1837 in what is now Manitoba.

When word of a terrible disease reached William Todd, who was also a doctor, he vaccinated Cree and Saulteaux people in the vicinity.

He also taught them how to inoculate others out in the forests and plains where there were no doctors or medicine.

“Inoculation is a primitive form of vaccination where you cut somebody with a lancet, like a scalpel… and you put a smallpox scab in the wound, and it makes you super sick. I think there’s a two per cent chance of dying, but you’ll probably survive,” Daschuk said.

“During the fur trade days, you could protect a community literally with a mason jar, if you had a mason jar in those days, full of small-pox scabs.”

A vaccine for the deadly and disfiguring disease had been developed in England around 1800 and was being used in many parts of the world.

The disease had come to the continent with the first Europeans, causing catastrophic epidemics among populations of Indigenous people who had no immunity. Entire populations could be infected in a phenomenon known as “virgin soil epidemic.”

Daschuk said it is estimated that up to 70 to 90 per cent of the population in a smallpox virgin soil epidemic could die within three weeks.

Smallpox had devastated Indigenous peoples in Quebec and Ontario long before it made its way to the present-day Prairie provinces.

In Saskatchewan, some missionaries had limited supplies of vaccine and some, such as the Anglican James Nisbet in Prince Albert, who advised the people to get away from the town and not to come back until the next spring, essentially recommending self-isolation 150 years ago, Daschuk said.

Sadly, not all missionaries had that foresight. Faced with the epidemic that was killing thousands of people, “the Catholics brought people into church to pray and they died in much higher numbers than the Anglicans.”

Smallpox decimated the Assiniboine along the North Saskatchewan River, who had been the dominant group in the area, so that by the time of the Treaty Four negotiations in 1874, the Cree and Saulteaux had become the most populous groups.

During the 1876 negotiations for Treaty Six at Fort Carlton, the Crees insisted on inclusion of the medicine chest clause, Daschuk said.

“So, in negotiation, they’re like, ‘We just went through this terrible epidemic and we know the epidemic kind of came from you guys. We also know that your medicine works, so we would like that medicine,” Daschuk said.

Eventually, the vaccine became available everywhere. The last time smallpox was seen in Canada was in an isolated case in the 1940s and by 1977 the disease was eradicated worldwide, he said.

“We’ve been so good at taking care of contagious diseases over the last 50, 60 years that a lot of us don’t respect (vaccines) anymore,” Daschuk said.

That is unfortunate because they’re the answer to the current pandemic.

As soon as the novel Corona virus was identified, money was made available, medical researchers around the world began building on established vaccine knowledge, people volunteered to participate in trials and regulators pored over the data.

Soon the vaccine will be available to everyone.

“I know there’s a basis for mistrust and I think physicians and health care providers need to realize that, but we’re faced with an ever-growing global crisis that we as individuals and as community members, even in small, isolated communities, can do something about. We can help by getting vaccinated.